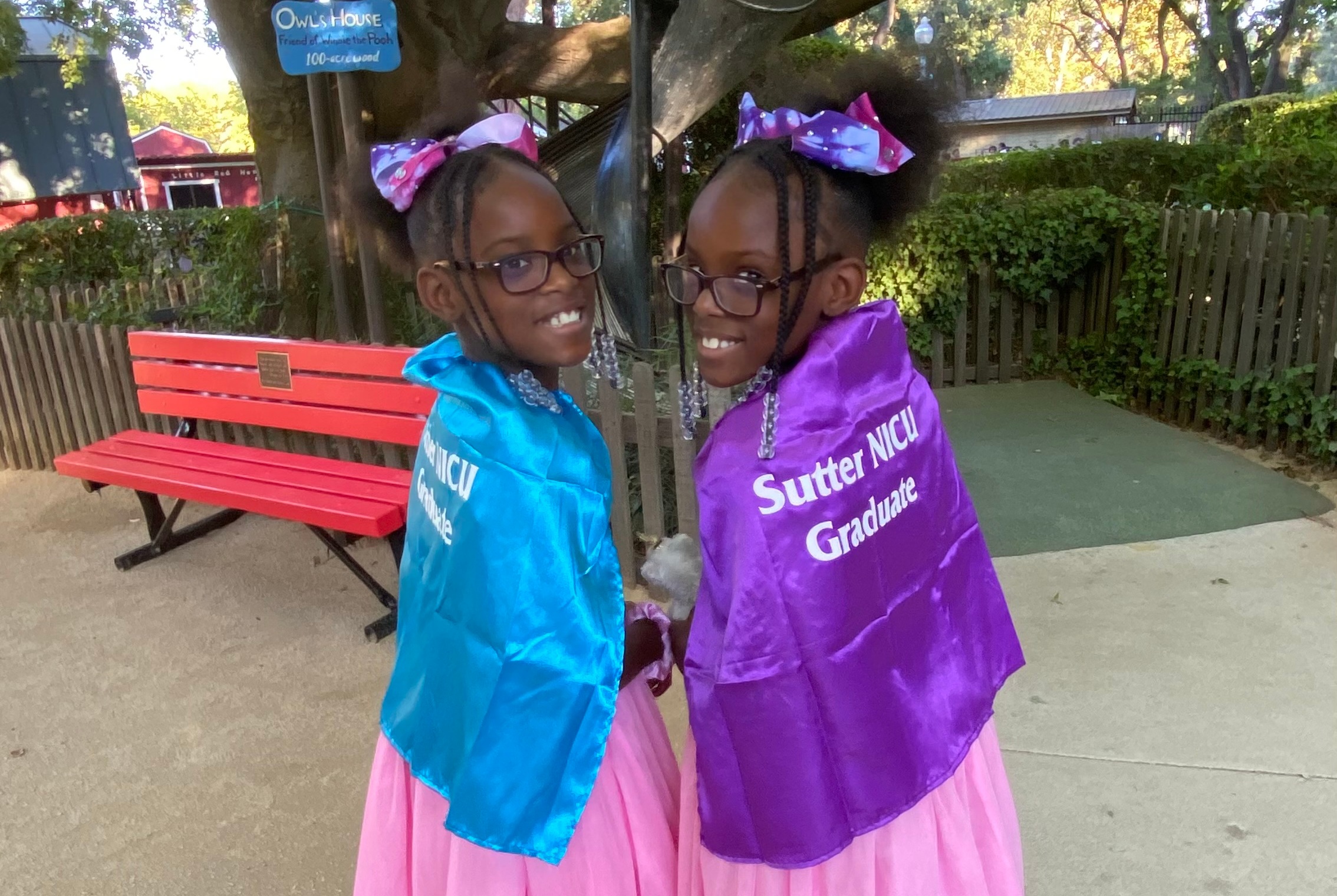 There were lots of big smiles from nearly 200 growing children who were tiny at birth, but none smiled bigger than Loriellen Byron. That’s because Loriellen was celebrating her life that started 39 years ago when she was born premature at just 1 pound, 6 ounces. 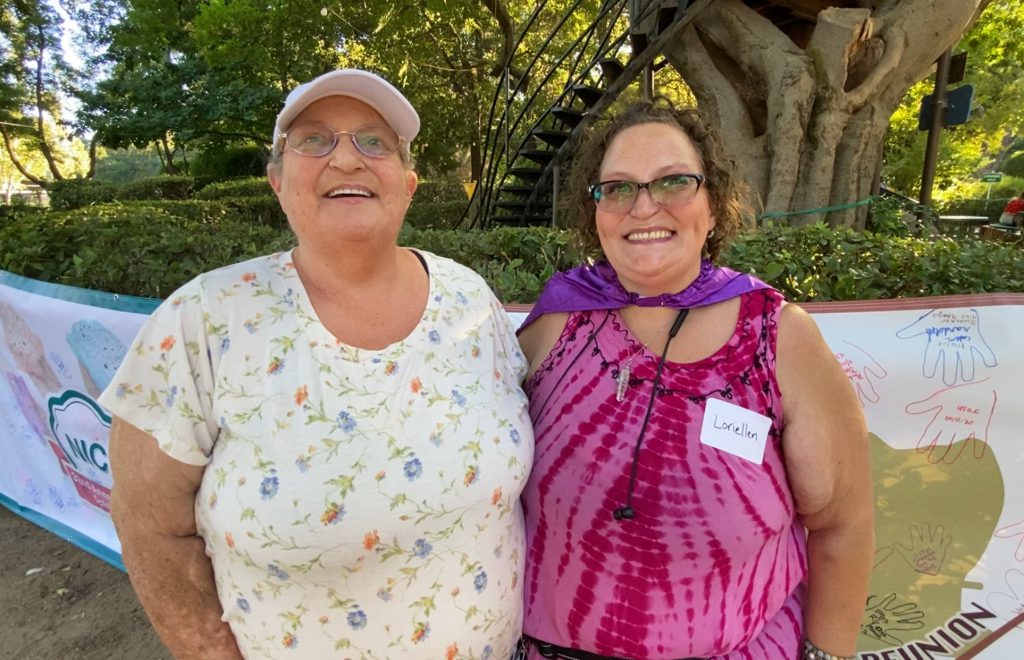 Loriellen Byron, right, is all smiles at the Sutter NICU Reunion. She was born to Theresa Byron, left, 39 years ago, and was just 1 pound, 6 ounces at birth.

Back then, it was unheard of to have a baby survive who was born so small, also called a micro preemie. Thanks to the pioneering work of Sacramento neonatologists and a dedicated nursing staff, Loriellen has lived to tell the tale, with a smile as big as she was when she was born. All the while, she proudly wore the superhero cape that was given to every “graduate” of Northern California’s largest neonatal intensive care unit.

This was the scene at the Sutter NICU Reunion in Fairytale Town in Sacramento, where graduates of Sutter Medical Center’s NICU and their families gathered Friday, Aug. 27, for an evening of fun. It also provided a chance for former patients to reacquaint with the care teams that kept them alive and helped nurture them to full health. It’s a reunion that’s been going on for, well, as long as Loriellen’s been alive. 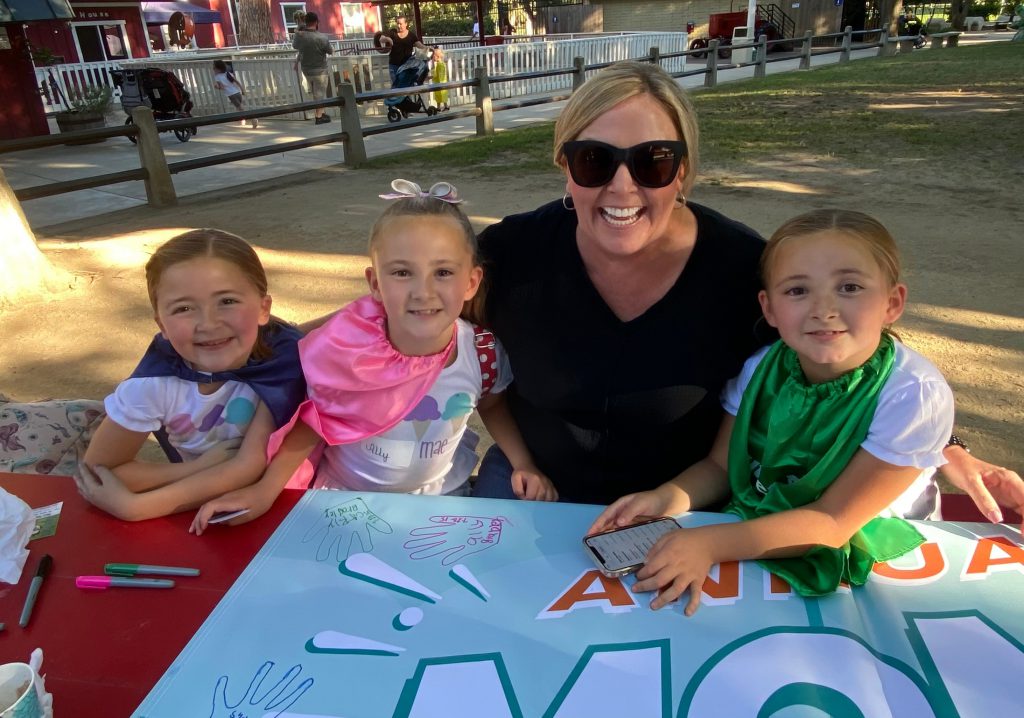 Wendy Bradley and her triplets, Sydney, Ally and Carly. The girls had just put their handprints on this year’s MOMs Center banner.

“We see them small and fragile,” said Jacqueline Masullo, a licensed clinical social worker who heads the Mothers of Multiples Center, or MOMs Center. Most of the twins, triplets and quadruplets born to mothers spend at least some time in the NICU. “But to see them here, they’re hitting their milestones, they’re in school, their triplets are in the same grade together, it just gives me goosebumps.”

One such set of triplets are the daughters of Wendy Bradley. They spent two weeks in the NICU at the former Sutter Memorial Hospital, and then were transferred and spent two more weeks in the hospital’s new NICU at Sutter Medical Center, Sacramento’s midtown campus.

“The magic that happens inside those walls and keep these babies thriving is nothing short of a miracle, every day,” said Bradley of Manteca, whose triplets, Sydney, Ally and Carly, were premature by six weeks and weighed about 10 pounds combined. “To see them now at the top of their height and growth, it’s heartwarming.”

See photos of the move in 2015 from Sutter Memorial Hospital to the Anderson Luccetti Women’s and Children’s Center, including a few shots of Wendy Bradley and her preemie triplets in Comstock’s Magazine. 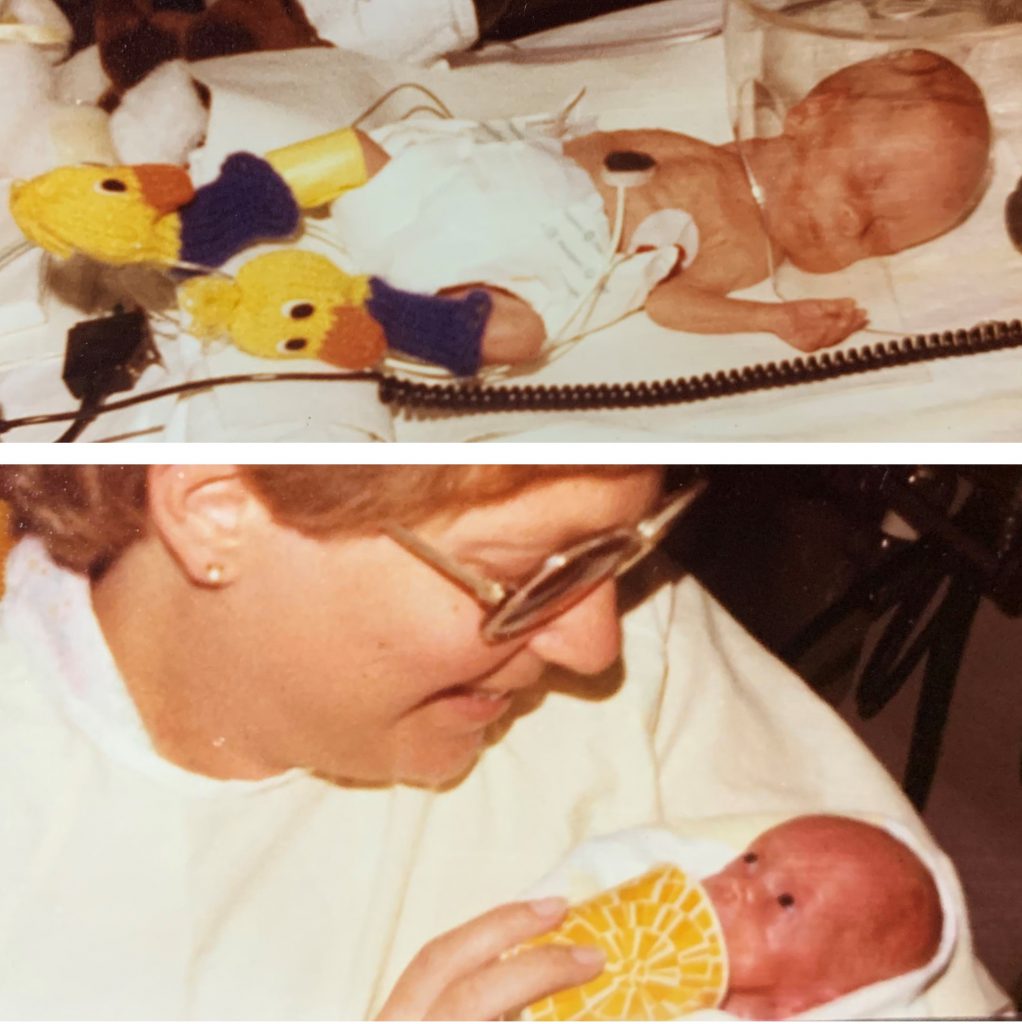 In 1983, the advanced Sutter NICU services saved a baby born just 1 pound, 6 ounces, but such small preemie products weren’t available. At top, LoriEllen Byron wears the smallest diaper they had and finger puppets as booties. In the bottom photo, mother Theresa feeds her baby with a cup because they didn’t make nipples small enough for LoriEllen.

The type of state-of-the-art care the Bradley triplets received was premature itself in June 1983. That’s when first-time mom Theresa Byron was speedily transferred to Sutter Memorial Hospital as Loriellen was entering the world just 25 weeks into Theresa’s pregnancy.

While showing photographs of herself in the Sutter NICU, Loriellen explained how little healthcare was prepared four decades ago for such a tiny baby.

“I was known for these little finger puppets that my mom put on my feet” because they didn’t have socks for a baby so small, she said. “And the first thing I drank from was a cup,” she says of another photo, “because they didn’t make nipples small enough for my mouth.”

Landyn and Londyn Brown were born at 22 weeks and weighed just 1 pound and 1.2 pound. They spent 269 days in the Sutter NICU. They are now 9 years old and are in fourth grade.

Besides her extremely low birth weight, Loriellen had hyaline membrane disease, the same condition that killed Pres. John F. Kennedy’s baby boy in 1963. That sparked medical advances that now are more commonplace, saving thousands of babies a year, but were just in their infancy when Loriellen was born.

Knowing there was a good chance Loriellen may not survive, Theresa said her first thought was to not tell anyone she had a baby. “One nurse came up to me, looked me straight in the face, and said, ‘You had a baby. She’s right there.’ So I sent out birth announcements. I thank that nurse to this day for giving me the feeling of what I achieved. My baby is here and we’re going to make it as a family.”

Loriellen, a preschool teacher who is advancing her education for a career change, hadn’t been to one of these Sutter NICU reunions for more than 30 years. Even though she wasn’t about to go down the Old Lady in the Shoe slide, she loved watching the children do it. They – like her – started their lives fighting to live. Now they are healthy and happy, and got to be reunited with the nurses and others who cared for them.

“You’d show up at these reunions,” her mother, Theresa, said, “and the nurses would remember the kids. They’re that devoted to them. Out of all the hundreds of kids who go through there, they remembered every single one of them.” 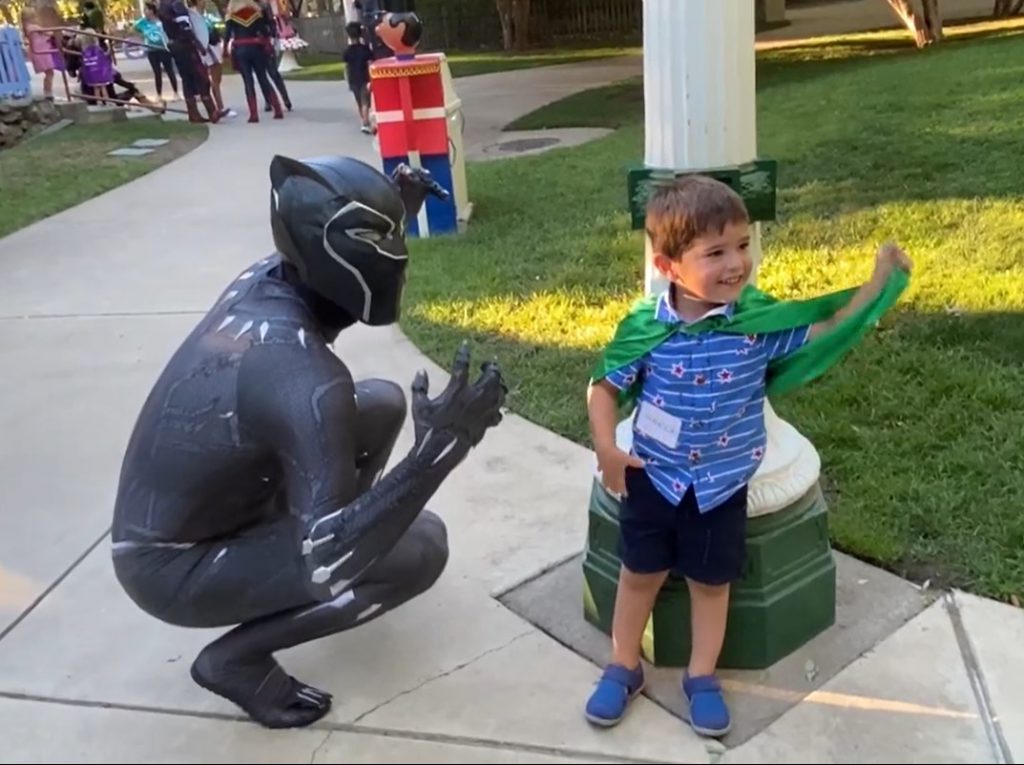 Superheroes played and posed with Sutter NICU graduates at Fairytale Town. But the real superheroes were the kids.

And they still do.

“We miss these children,” Masullo of the MOMs Center enthusiastically said. “We see them leave our hospital and wish them the best, but to see them run and play and doing so well, it just really warms our heart.”

Read about the pioneering Sutter neonatologist who helped save LoriEllen and thousands of other preemies in this Sacramento Bee tribute.