Bruce Willis Has Aphasia: What It Is and How You Can Prevent It
Apr 1, 2022
Gary Zavoral 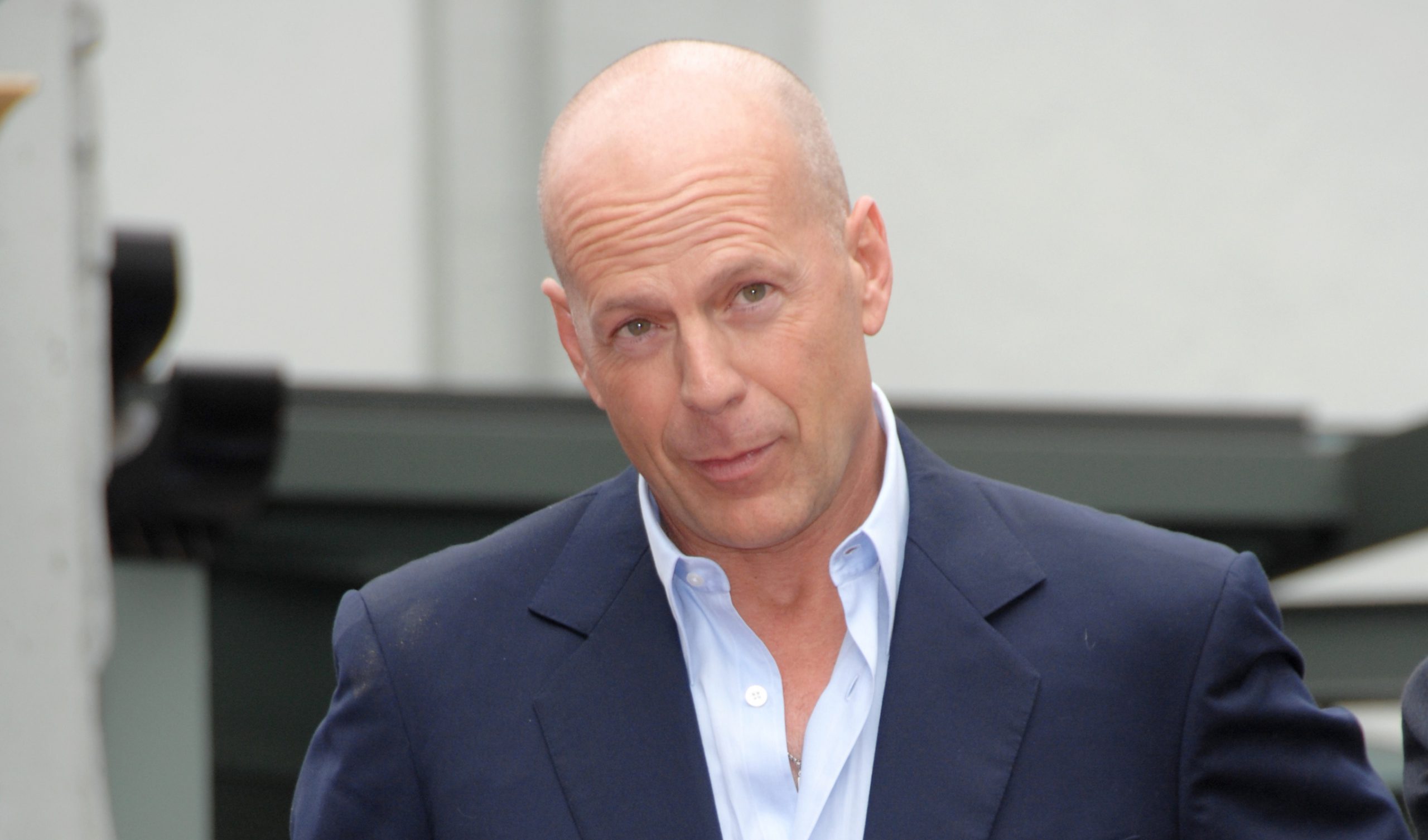 Longtime action-film hero Bruce Willis is stepping away from acting due to aphasia, his family reported this week, bringing to light a condition affecting about 180,000 Americans a year.

Aphasia is a condition that affects your ability to communicate that is caused by a brain disorder or trauma, but is most commonly associated with a stroke. In fact, aphasia is one of the main stroke symptoms.

“If someone is having a stroke, aphasia could be the first sign,” said Dr. Manoj Mittal, a neurologist who is the stroke medical director for Sutter Health Valley Area. “For example, I’m talking to you right now, and if all of the sudden I stop talking, that could be a sign of a stroke.” It can also present itself as sudden slurred or garbled speech.

Aphasia, Dr. Mittal says, can also be caused by trauma to the brain, an autoimmune disease, a brain infection or tumor, or a number of age-related, neurodegenerative diseases, such as dementia.

“When people have difficulty speaking and that gets worse over time, that’s called primary progressive aphasia, but that kind is not caused by a stroke,” Dr. Mittal says. “That’s a degenerative disease where your brain which controls your speech center degenerates over time.” That incurable, worsening type of aphasia may be what Willis is experiencing, experts believe.

But when it comes to aphasia caused by stroke, there’s good news. If someone you know is having sudden-onset aphasia, getting them the right care quickly can improve and even cure their symptoms. With stroke, they say “time is brain.” Dr. Mittal reminds everyone to remember the phrase “BE FAST,” which stands for the main symptoms of a stroke: Balance (loss of balance), Eyes (sudden vision changes), Face (drooping of face), Arms (arm or leg weakness) and Speech (aphasia), and then ends with Time (call 911 right away).

“One thing that is frustrating for me is that someone will have aphasia and their family will wait to see if the speech will get better,” Dr. Mittal said. “They wait six hours, 12 hours, 24 hours and they come to the emergency room after that, and unfortunately then it’s too late to do anything about it. So if you notice aphasia, come to the hospital right away – call 911 – so we can help you out.” 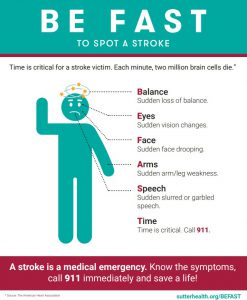 For those having a stroke who come to the hospital quickly, there’s a new therapy that is now being administered at Sutter hospitals, Dr. Mittal says. In the recent past, a therapy called tPA – tissue plasminogen activator – was being administered to many stroke patients soon after arrival to the emergency room and was helping in the breakdown of blood clots. Now, Dr. Mittal says, a newer therapy, called Tenecteplase, or TNK, is even more effective in breaking down blood clots.

Research, he says, “shows the new medication (TNK) works similarly to a tPA, but it is much more effective in removing the clot from the brain that’s causing your aphasia. For example, if someone has a large vessel block in the brain, if you give them tPA it’s only 8% chance it’s going to open the vessel in the brain, but if you use this new drug it has about 20% chance of opening that blocked vessel.

In addition, TNK also is easier to administer, is more cost-effective and allows for faster transfer times to higher levels of care for the highest-risk stroke patients at rural or community hospitals.

Can Aphasia Be Reversed?

Dr. Mittal and other Sutter stroke clinicians have seen stroke patients return to their pre-stroke, baseline brain functions. These are patients who were taken to the emergency room quickly, been administered TNK, and may have even had blood clots removed through interventional procedures. Many stroke patients, though, may never recover fully.

Even for those who don’t recover, their aphasia can improve through time and with the right therapy. Dr. Mittal says speech therapists work with these patients one-on-one to help with their speech and cognition and to exercise their mind.

But one key element is the patient’s family. “A family has to learn that it’s not that they’re not paying attention or that they’re trying to be difficult,” he says. “It’s really that they’re having difficulty

understanding what anyone is saying and in expressing themselves.”

He says patience with the patient is important. “Emotional issues like depression, anxiety, frustration and stress are very common in patients with aphasia because they are unable to express themselves, and family and community support can go a long way in their recovery.”

Can You Prevent Aphasia?

Dr. Mittal reports that 85% of strokes are preventable, so you can prevent stroke-caused aphasia.

“I think most people don’t understand that,” he says, “that stroke is a preventable disease. So that’s the key in preventing aphasia.”

He says there are a few key elements in preventing a stroke:

“Make sure you work closely with your primary-care doctor, take your medications, control all your risk factors,” Dr. Mittal says, “because the best thing for aphasia treatment is prevention.”