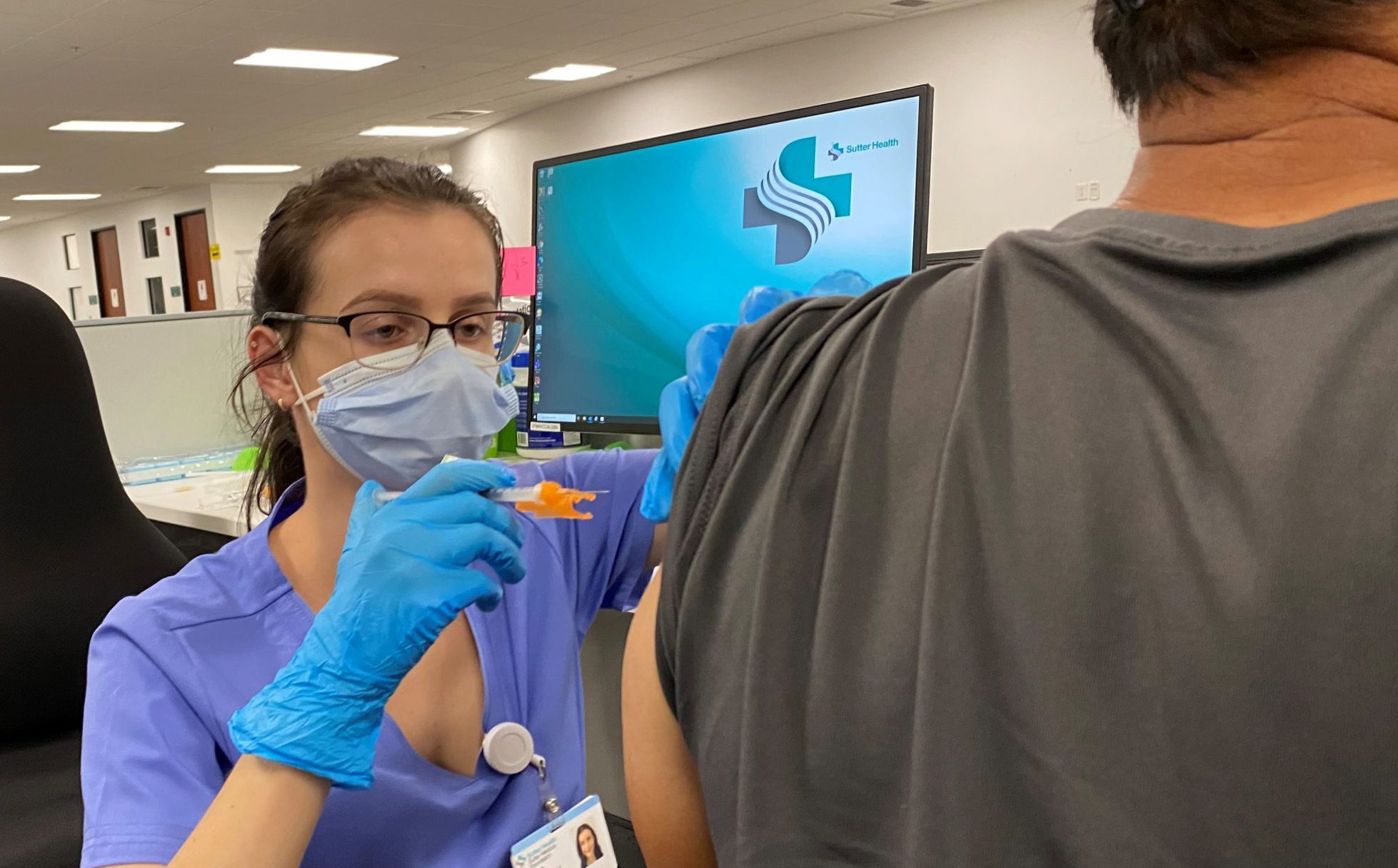 Registered nurse Oksana Yarmola, who was born in the Russian-speaking country of Ukraine, has administered more than 3,000 COVID-19 vaccinations in the past two months at a large vaccination clinic in Sacramento, but only three were also Slavic.

Considering the Sacramento region is home to about 100,000 Russian-speaking residents, or around 5 percent of the population, she should have given shots to about 150 more.

Her experience is evident of what may be the single most hesitant population for the COVID vaccine: the Russian-speaking community. 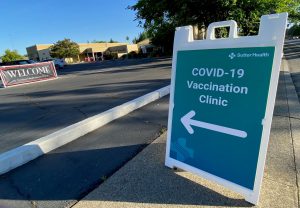 Even though much outreach was made to the Russian-speaking community, no one from those neighborhoods has shown to the two clinics held at a Rancho Cordova church.

Vaccine hesitancy among Hispanic and Black Americans has been well-documented and explored. But, as Sutter Health partners with community organizations bringing the vaccine to underserved neighborhoods, they’re finding other populations that show hesitancy as well, especially among the immigrants who grew up in former Soviet Union countries such as Russia and Ukraine. At two recent vaccination clinics held at a Rancho Cordova church sponsored by the Folsom Cordova Community Partnership and Sutter Health, most of those receiving their vaccinations were Hispanic or African American. Not a single one was from the Russian-speaking community.

The ”pop-up clinics” at the Cordova Neighborhood Church are two of dozens being set up by Sutter Health throughout Northern California to help vaccinate underserved communities that may have barriers to access vaccine clinics. Sutter is partnering with community organizations to bring the vaccine clinics to them.

“We understand that there’s healthcare disparities among these various communities – the Hispanic, Slavic,  African-American and Asian communities,” said Gabe Lopez, a Sutter Health Americans with Disabilities project manager who is helping to organize the pop-up clinics. “We’re bringing education out to these communities, partnering with the organizations that know these communities best, to get the messages out about the safety of the vaccines, to vaccinate their residents, and to answer any questions they may have.”

Nelya Hryb, family resource manager with the Folsom Cordova Community Partnership, grew up in the Russian-speaking country of Ukraine and has witnessed first-hand the hesitancy the Russian-speaking neighborhoods in the Sacramento region have for the COVID vaccine. When she posted a flyer in Russian for the FCCP-Sutter vaccination clinic on a Russian-language Facebook group, she got several angry emojis and this reaction in Russian: “Horror! Why advertise poison?”

One of the principal reasons for their hesitancy, Hryb says, is that the Russian-speaking community historically have a mistrust of all vaccines due to government mistrust.

“I grew up in Ukraine in Soviet Union times, and I often overheard my parents saying how little control they had in their life, how they mistrusted their government, and how they received little information from their medical providers because of the government,” Hryb said. “That mistrust in the government, even for some of us now growing up in United States, is deeply rooted.”

She also says that the Russian-speaking neighborhoods “are continuously bombarded by conspiracy theories specifically targeted to our community. So it’s really hard to find what is truth, what is the right, and where to find the correct information.”

Teimour Nasirov, M.D., a pediatric heart surgeon at Sutter Medical Center, Sacramento, and a heart transplant specialist with Stanford Health, also grew up in a Soviet Union country and was hesitant at first with getting the vaccine. Able to be vaccinated among the first U.S. groups in the United States more than three months ago, Dr. Nasirov finally got vaccinated May 10, receiving the one-dose Janssen/J&J vaccine. 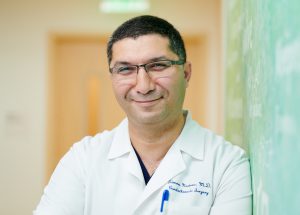 “The single most important reason I got vaccinated was for my parents,” he said. “The Russian-speaking community overall is very caring and thoughtful, and they care about their grandparents a great deal. … I would explain to the younger people by getting vaccine, they’re protecting the elderly, the community leaders, their grandparents.”

That’s the same message Brett Laurence, M.D., an infectious disease specialist and medical director of infection control at Sutter Medical Center, Sacramento, wants to get out to the community. Dr. Laurence says he asks those who are coming into the hospital in recent weeks sick with COVID-19 why they haven’t been vaccinated, and most say they just haven’t gotten around to it. He believes many of them are hesitant to share their true beliefs for fear of being judged.

“But this is really about not only protecting yourself but your community and the people you love and live with,” he says. “Too many times have we seen patients come in here who got it from a sibling, a daughter or son. a parent or a visitor, and it’s been a lot of hard conversations to have with family members that a parent, that both parents, that both grandparents are not going to survive.

“(With the vaccines) we have a very good prevention that works. and for the sake of your own health and the people that you love around you, it’s so important to follow through with vaccination.”

“Being religious, we want to make sure that we are doing good,” Yarmola said. “And if we can have ministers within the Slavic community speak out on getting your vaccine, maybe the people won’t view it as poison, maybe they’ll view it as a good matter, something that we need to do if all of us want to be protected.” 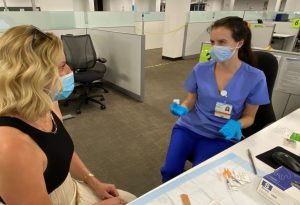 Nurse Oksana Yarmola discusses the COVID-19 vaccine before administering the shot on May 13.

Dr. Nasirov agrees. “Faith is such an important part of Russian-speaking community in Sacramento that it probably would have more impact than anything else we can do,” he said.

Hryb also sees the church playing a big role in the Russian-speaking community, and she hopes the church leaders can assist in getting the word out about the efficacy and safety of the vaccines.