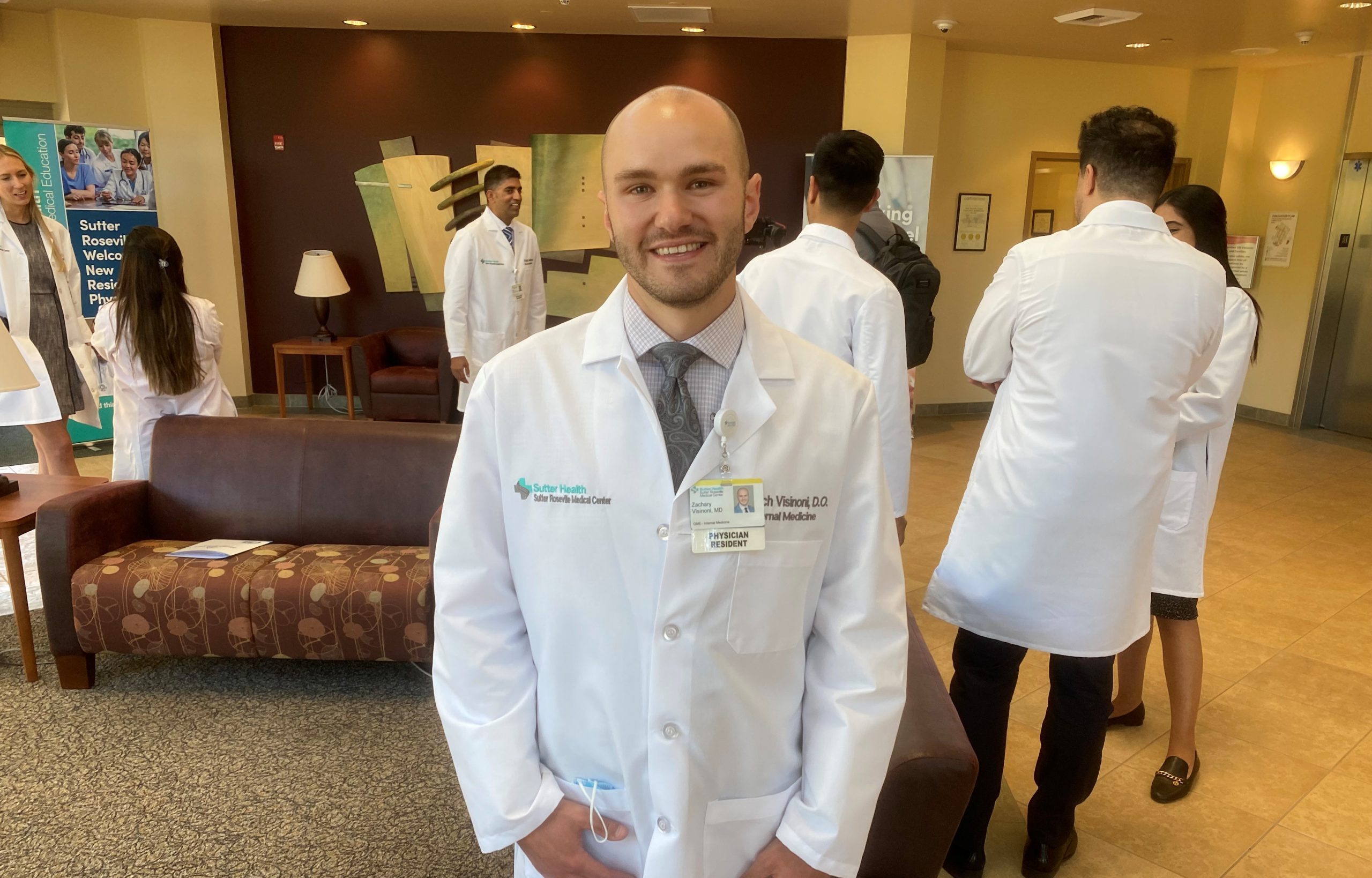 For Dr. Visinoni, it’s been an especially dramatic four years from the start of medical school to the first week of residency. Dr. Visinoni was just three weeks into medical school in the Midwest when he received the news that his hometown was on fire. All his family lost their homes; gratefully, he says, they were all safe.

Fast forward to this spring. Dr. Visinoni graduated from medical school, got married on June 4, and, the day after his honeymoon, donned a physician’s white coat as one of 23 doctors entering their multi-year residency programs at Sutter Roseville. Thirteen are in the three-year internal medicine program, and 10 are in the five-year surgery track. 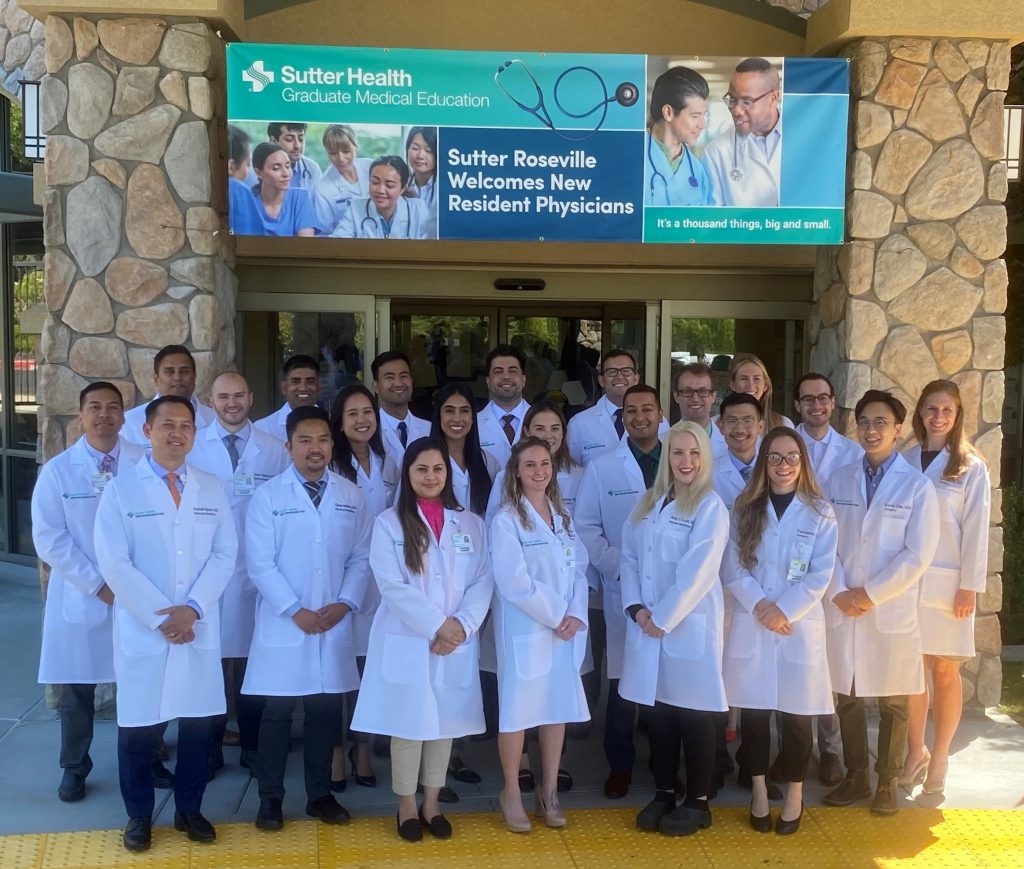 For Dr. Visinoni, the new Sutter Roseville General Medical Education program was his first choice for residency, and he was thrilled he was matched to the new program.

“I wanted to be somewhere I wanted to live and could see myself raising a family and being part of the community,” he said. “I also wanted to be in a community-style medical center that had an academic focus at the heart of it.”

After his three years of residency, Dr. Visinoni hopes to get a fellowship in cardiology and stay in the Roseville area or even a little further north, near his family that still lives in Butte County.

That’s something Dr. Van Geslani likes to hear. Dr. Geslani is a Sutter Roseville hospitalist who is the program director for the internal medicine residency program.

“I think it’s great that so many of our first group of resident physicians are from Northern California,” he said, noting that some hail from Roseville, El Dorado Hills, Yuba City, Grass Valley and Sacramento. “It really speaks to their desire to serve their communities and our patients here. We want to equip them with the tools to succeed in whatever career goals they have, but if one career goal means staying here at Sutter Roseville or elsewhere in the region, that would be icing on the cake.”

Sutter Roseville Medical Center launched its medical residency program in in an effort to train and retain qualified physicians and medical specialists to care for the burgeoning Placer County region and other nearby growing communities.

The internal medicine and surgery programs are the first two residency tracks at Sutter Roseville. The new teaching hospital has already been accredited for an emergency medicine program, which will start next summer. As the general medical education program continues to grow in the next five years, Sutter Roseville plans to have programs in more than 10 specialties, including anesthesiology, OB-GYN, cardiovascular disease, surgical critical care, pulmonary disease and critical-care medicine.

“It’s exciting to welcome these physicians and learners — and the new evidence-based approaches to patient care they bring with them — and to know that many of them will likely stay and practice in the area,” said Dr. Peter Hull, Sutter Roseville’s chief medical officer.  “Expanding medical education at Sutter is a testimony to our dedication to our communities and an investment in patient access to excellent, compassionate care for many years to come.”

On Monday, the new resident physicians received their official Sutter Roseville white coats and toured the hospital and campus. They will begin rounding in care settings in July.

“These new resident physicians will have the opportunity to develop their skills as physicians, witness the value of strong and broad-based care and support teams, and see how Sutter’s commitment to compassion and excellence is brought to life every day by our staff,” said Sutter Roseville CEO Brian Alexander. “We also look forward to the newest learnings these residents bring with them, and to the opportunity to model the behavior and skills we hope to see in practice in the future.”

For more on the residency programs at Sutter Roseville and throughout the Sutter network in Northern California, go to www.suttermd.com/education.