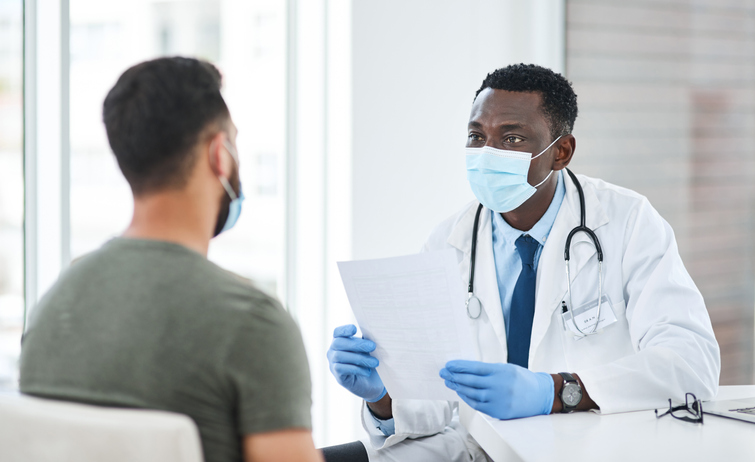 Actor Chadwick Boseman’s death from colon cancer at just 43 years old came as a shock last summer. Many headlines captured the public’s collective sentiment: “Colon cancer? But he was so young!”

Michael Abel, M.D., a San Francisco colorectal surgeon, says that those diagnosed with colon cancer are getting younger. “When you look at a 39-year-old male in his prime who is coming in with GI symptoms and not feeling well, colon cancer would not be at the top of the list,” Dr. Abel said. “That needs to change.”

“While the medical community doesn’t know why these rates are climbing in younger populations, physicians are now paying closer attention to this cancer,” says Dr. Abel, who is also the chair of surgery at Sutter’s California Pacific Medical Center (CPMC).

This week, the U.S. Preventive Services Task Force, an independent panel of national experts in disease prevention and evidence-based medicine, officially recommended lowering the age recommendation for colorectal cancer screenings to 45 — no matter the person’s risk — because of an increase in colorectal cancer among young adults by almost 15% in about a 15-year period.

The American Cancer Society in 2018 lowered the recommended screening age for people with average colorectal cancer risk, i.e. no family history, to age 45. For individuals with a family history of the disease, meaning a first degree relative or parent was diagnosed, a physician will likely recommend getting screened as early as age 40.

“More aggressive screening is the best thing we can do to help prevent colorectal cancer and helps allow those who are diagnosed with cancer to have better outcomes,” says Dr. Abel.

According to the American Cancer Society:

• Colorectal cancer is the third most commonly diagnosed cancer and the second most common cause of cancer death in both men and women in the U.S.

• About one in 23 men and one in 25 women will develop colon or rectal cancer at some point during their lifetime.

• The rate of being diagnosed with colorectal cancer is higher among the Black community than among any other population group in the U.S.

Black people are more likely to develop colorectal cancer at a younger age and to be at a more advanced stage when diagnosed. According to the National Cancer Institute, even when African Americans are diagnosed with early stage disease, they have significantly worse survival rates.

“Earlier and more aggressive screening in this group can help bridge this gap,” says Dr. Abel.

A patient’s primary care doctor is typically the first line of defense in knowing if symptoms warrant further examination.

“Providers should consider other potential causes of a symptom like rectal bleeding, beyond assuming its hemorrhoids, as an important step in diagnosing what could be a more concerning issue. The physician can then refer the patient to a specialist who will perform a more thorough screening or schedule a colonoscopy,” says Dr. Abel.

“Colorectal cancer can be preventable, and if detected early, curable,” he says.

For ways to reduce your colon cancer risk, visit here.

In 2019, Sutter’s CPMC was recognized by the National Accreditation Program for Rectal Cancer (NAPRC) as a leading Center of Excellence. To earn this three-year accreditation, CPMC met 19 standards, including the establishment of a rectal cancer multidisciplinary team, which includes clinical representatives from surgery, pathology, radiology, radiation oncology and medical oncology.