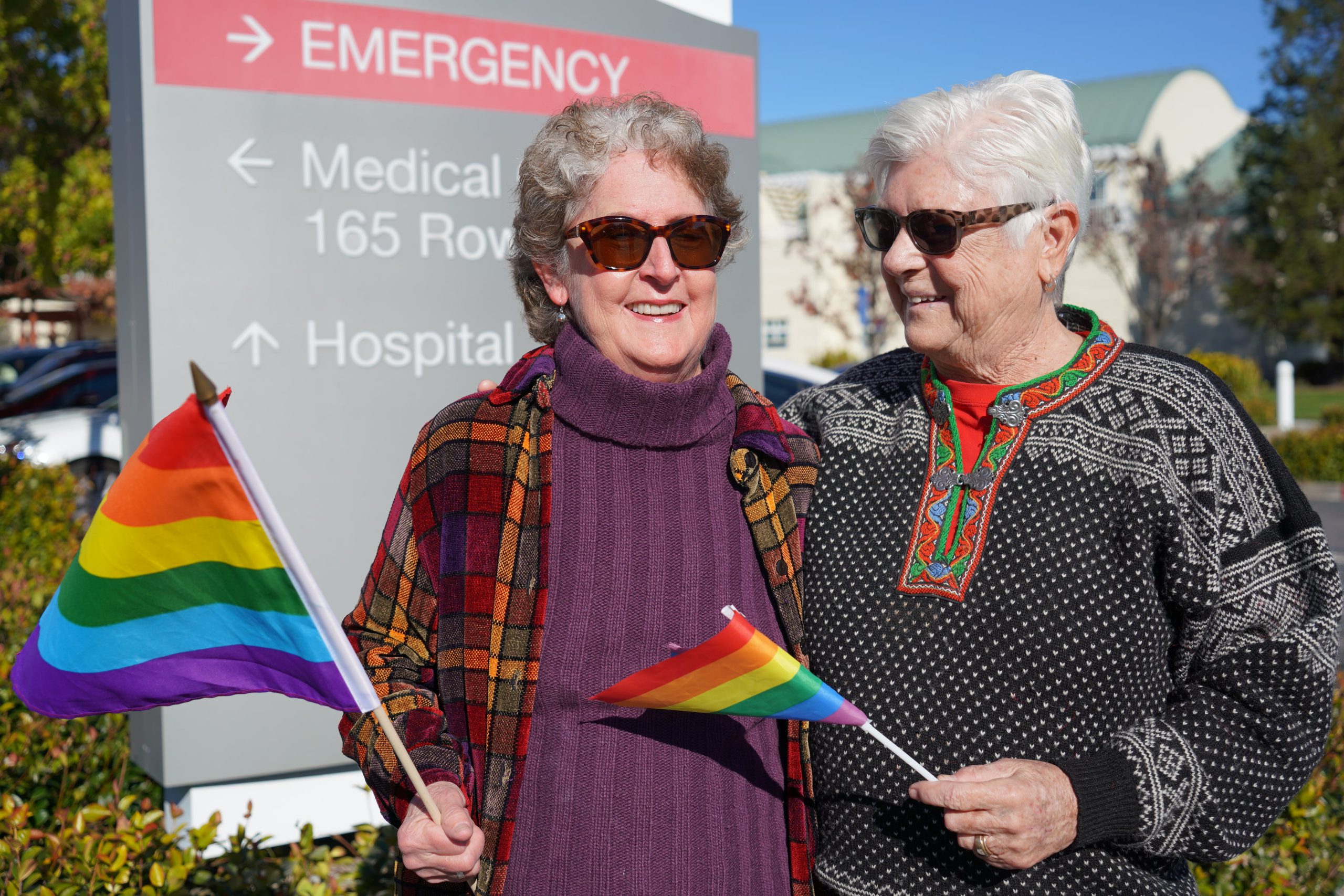 After noticing Novato Community Hospital needed a new rainbow flag, one Marin County, Calif., couple had a bright idea: get them a new one!

“It needed a little help,” says Olson. The solution of donating a flag was an obvious one, she explains, and something the couple wanted to do to show their appreciation for the inclusive care they’ve received from Novato Community Hospital over the years.

“This is a hospital that welcomes all people with open arms,” says Olson, adding that staff have never questioned their relationship as a same-sex married couple. “We have always been treated with love, care, importance and respect,” she says. 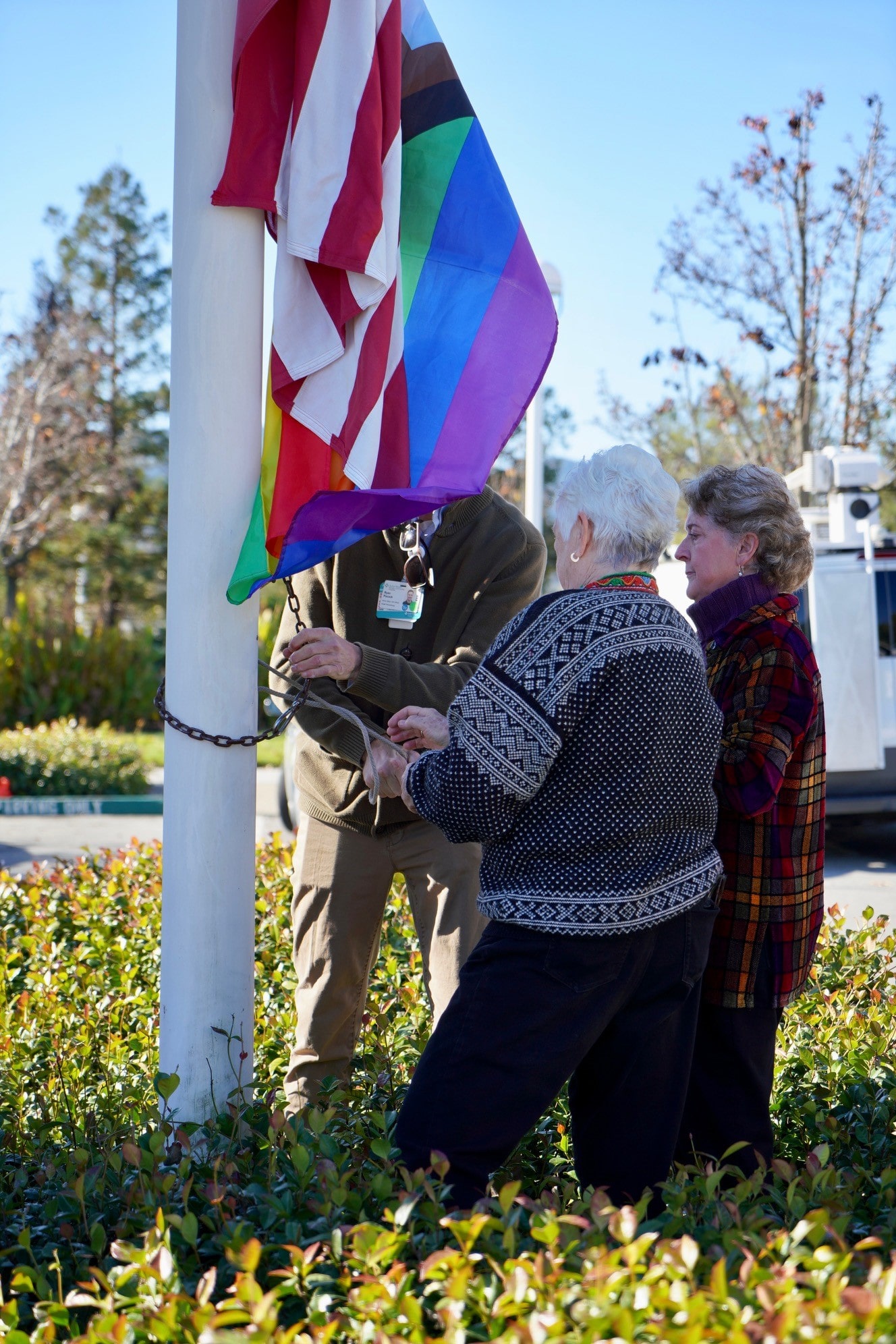 On Tuesday, Dec. 13, the couple, along with hospital leadership and members of The Spahr Center, a Marin County-based nonprofit service for LGBTQ residents and people living with HIV, came together to raise a brand-new pride flag. The ceremony serendipitously took place on the same day as President Joe Biden signed a bill to enshrine gay and interracial marriage rights.

“I can’t believe we’re doing this today!” exclaims Olson. “It gives us so much pride to see this symbol of our community flying so prominently,” joins Reed.

Novato Community Hospital has flown the pride flag year-round since 2020.

As quoted in the Marin Independent Journal, Novato Community Hospital Chief Administrator Lisa Gammon said, “We decided it’s so important to represent this community’s diversity and inclusion that we decided to keep it up every day of the year. We are thankful to Beth and Lolma for this meaningful donation.”

Olson says, “It means so much to us.” 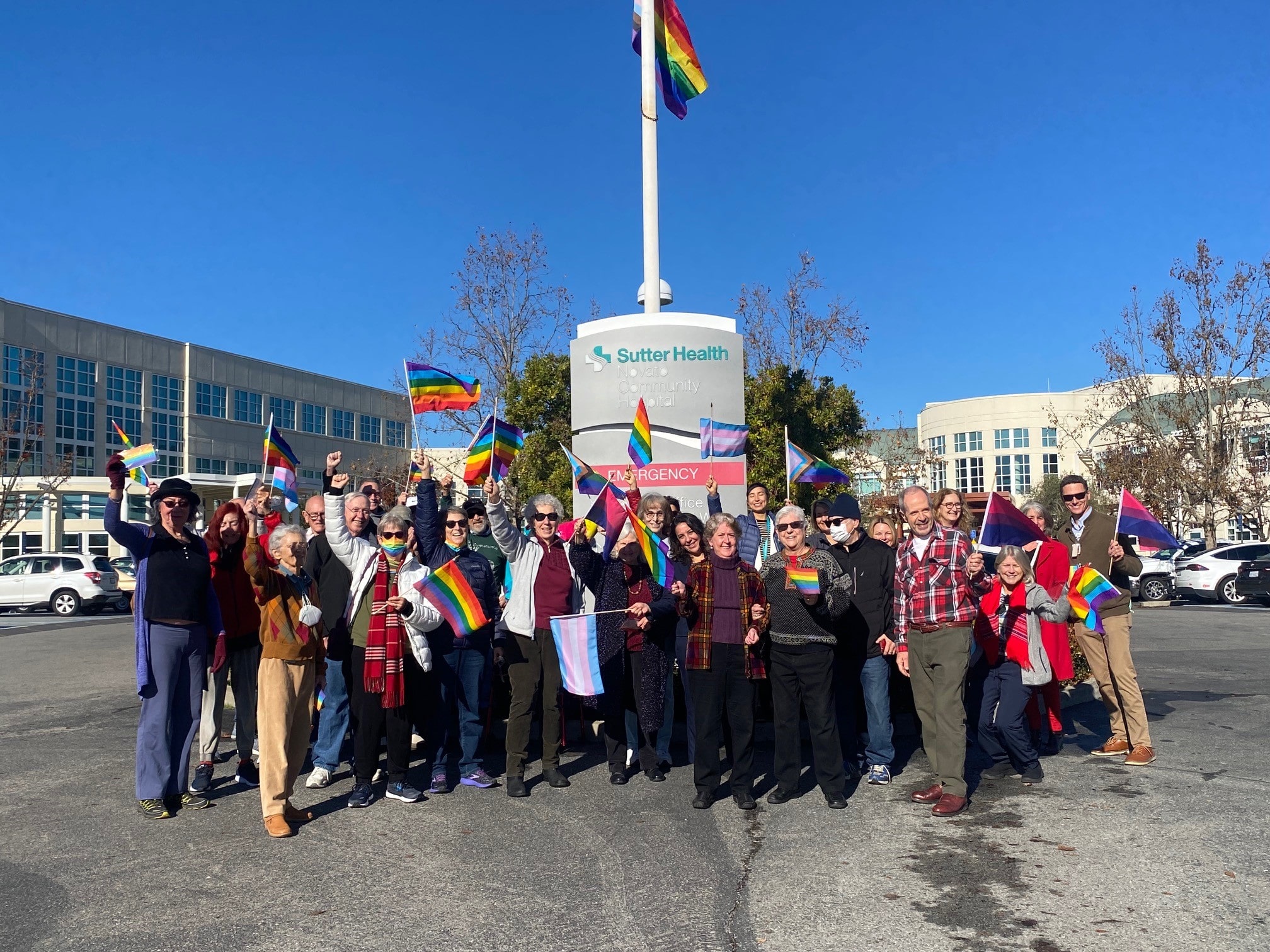