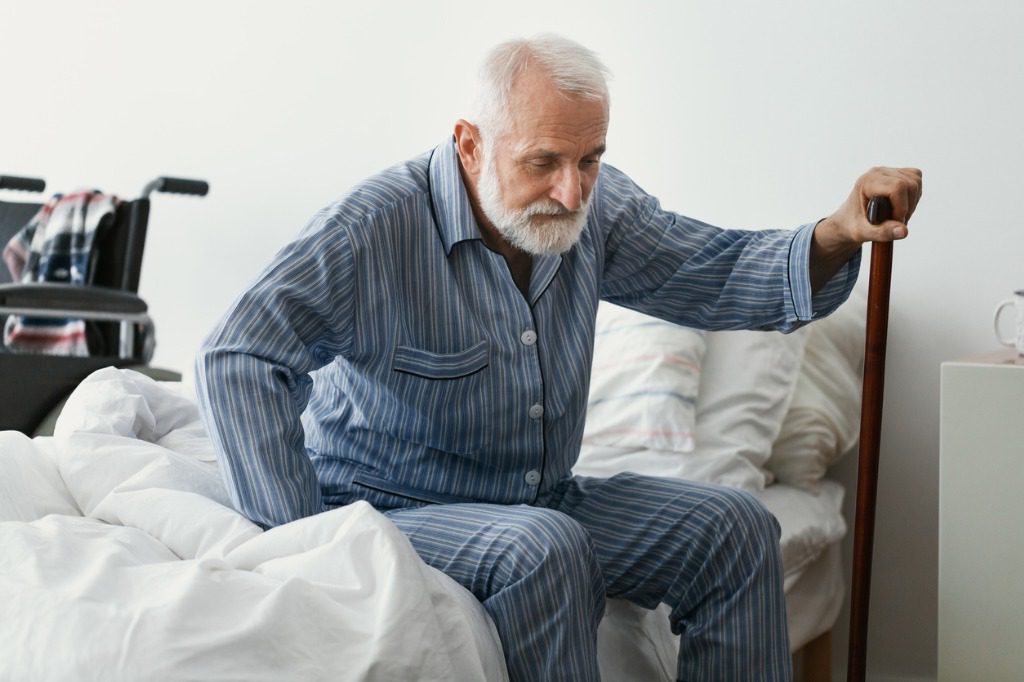 An at-home study to help determine whether osteoporosis drug treatments may prevent fractures in older patients with Parkinson’s disease was designed and has been launched in Northern California.

Older patients with Parkinson’s disease and parkinsonism also have a very high risk of falls and disabling fractures. It is unknown whether drug treatments for the prevention of osteoporosis (such as zoledronate) also might prevent fractures in individuals with Parkinson’s disease. Researchers at Sutter’s San Francisco Coordinating Center designed the TOPAZ study to answer that question.

“There are few treatments for Parkinson’s disease itself, but TOPAZ could show how a simple treatment given at home could prevent one of the most important causes of disability and death in these patients,” says Dr. Steve Cummings, director of SFCC and a lead investigator at Sutter of TOPAZ, which stands for Trial of Parkinson’s and Zoledronic Acid.

Dr. Cummings noted that TOPAZ is the first study of its kind nationwide that is done entirely from the patient’s home with the goal to reduce barriers to fracture prevention. The study aims to enroll 3,500 patients across the United States with Parkinson’s disease who are 65 years or older. As part of the study, neurologists who specialize in Parkinson’s disease may conduct a video interview with the patient to confirm the diagnosis. 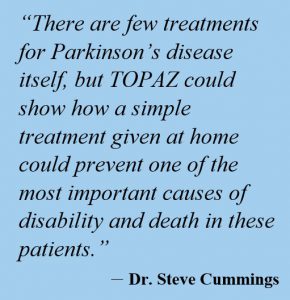 At the home visit, a study nurse confirms that treatment with zoledronate acid would be safe for the patient. Once confirmed, the nurse gives zoledronic acid or placebo intravenously. Patients will be contacted every four months for at least two years about whether they have had a fracture.

SFCC leads the effort with a nationwide research team that includes neurologists and bone disease experts from the University of California at San Francisco, the Parkinson’s Foundation and Duke University.

“Fractures can result in a loss of independence or even death, so it’s important to find ways to prevent them, particularly in this group of patients,” says Dr. Caroline Tanner, professor of neurology at UCSF and a lead investigator of TOPAZ. “We hope this study will provide us some answers to better care for individuals with this illness.”

Dr. Cummings adds that “patients with Parkinson’s disease may have difficulty traveling to clinics for care. Our goal is to test if we can bring the study to their home, making it easy to join the study to help us learn if zoledronate can reduce their risk of disabling fractures.”

More than 2 million Americans age 60 or older have Parkinson’s disease or a related disorder causing parkinsonism. These are brain illnesses that cause slow movements, difficulties with walking and balance, increased risk of falling and decreased cognitive functions, as well as other problems. There is no cure for any of these disorders, but TOPAZ could show that one treatment could prevent a disabling consequence of the illness.