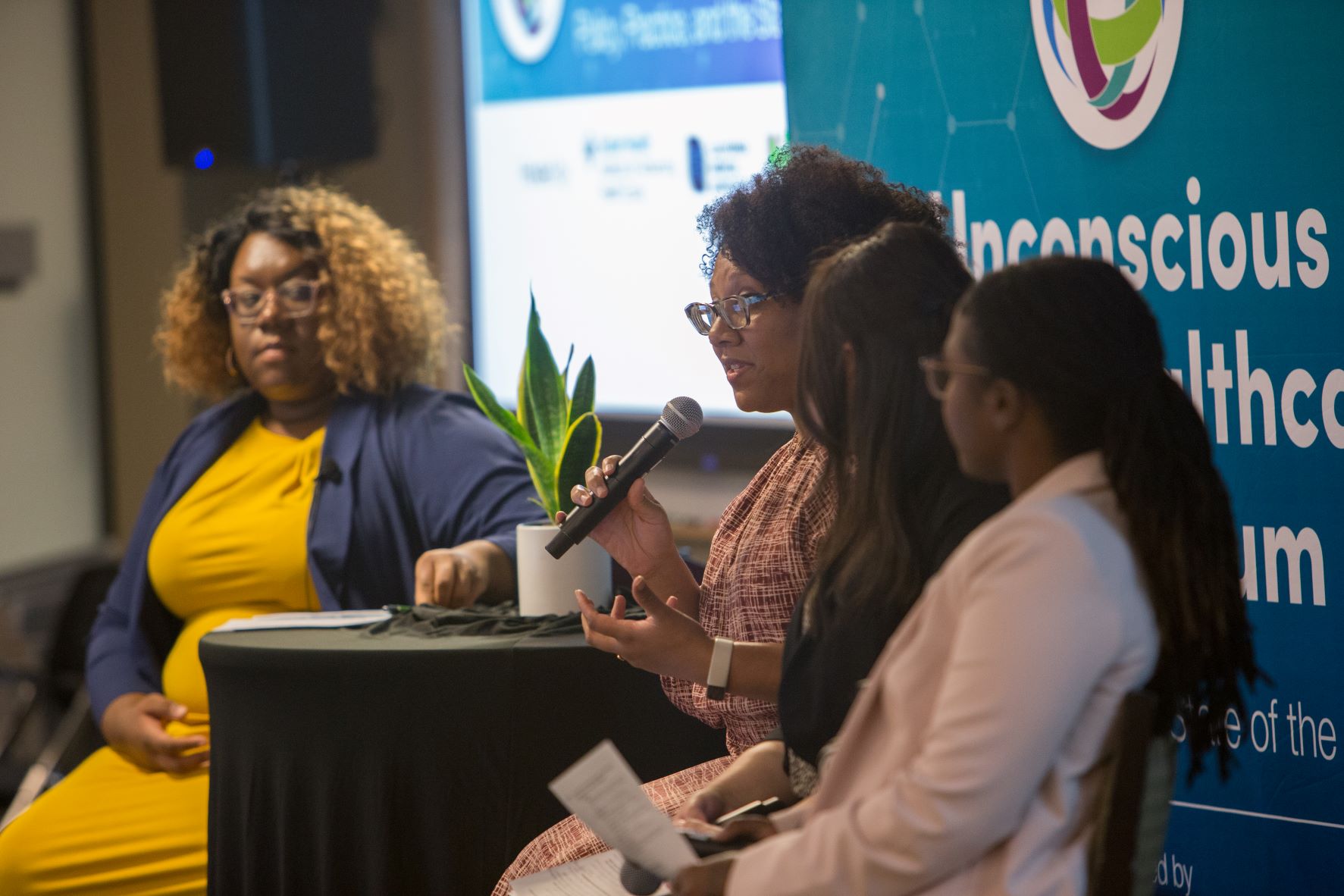 Hundreds of virtual attendees and dozens of in-person guests gathered on Oct. 14 to hear health equity experts, researchers and change agents at a symposium focused on unconscious bias in healthcare in Sacramento.

“We can and must do better,” said Kristen M.J. Azar, scientific medical director of Sutter Health’s Institute for Advancing Health Equity. “We must seize this opportunity to move beyond ‘checking a box’ to actions that have meaning and result in measurable impact for our patients.”

Unconscious bias is defined as attitudes that are held without one’s awareness and affect the way individuals feel and think about others. Research has shown that unconscious bias in healthcare settings can lead to inequitable health outcomes. In other words, underlying attitudes can undermine the care of patients receive simply because of factors like their race, ethnicity or economic or social background.

Throughout the day, panelists discussed innovative new models for providers to explore how to effectively combat unconscious bias, like virtual reality simulations and immersion learning modules. They also shared personal stories that illustrated the consequences of unconscious bias in healthcare. One particularly moving example came from Wanda Irving, co-founder and chair of Dr. Shalon’s Maternal Action Network. In 2017, Irving’s daughter, Dr. Shalon Irving, died from childbirth-related complications three weeks after the birth of her daughter. Devastated by her daughter’s death, Irving has become a staunch advocate for eradicating maternal mortality deaths among Black women, while raising her granddaughter.

“Until you’ve lived through the experience of losing a daughter or a loved one to a preventable maternal death, you can’t fathom the gut-wrenching pain, the total devastation to your family, and the lifelong trauma to their children,” she said. “We have to acknowledge the root of the problem and deal with it. Though we have a long way to go, I acknowledge there is a lot of good work being done to change the paradigm.”

The symposium’s primary goal was to conduct a focused and solution-driven discussion among policy makers, healthcare providers, health system leaders, community leaders and scientists about the current state of unconscious bias mitigation efforts. That discussion will lead to the development of evidence-based standards and recommendations to guide the design and execution of effective unconscious bias mitigation strategies with measurable impact. The learnings and recommendations are set for release in early 2023.

Participants at the symposium acknowledge that their work is not a sprint, but a marathon, and will remain ongoing. As is often the case with research, they accept their collective work may involve a lot of trial and error, which one expert flagged as “part of the process.”

“Trying to have the perfect answer holds us back so much,” said Amy Jin Johnson, executive director of Project Implicit, Inc., a non-profit organization whose researchers study implicit social cognition. “Even if it’s wrong, that’s okay. Let’s make a decision and see if it works…let’s measure that and move on.”

In addition to Sutter Health’s Institute for Advancing Health Equity, the symposium was co-hosted by the California Medical Association, Physicians for a Healthy California and the California Primary Care Association. It was also supported by a sponsorship from Genentech, a member of the Roche Group.