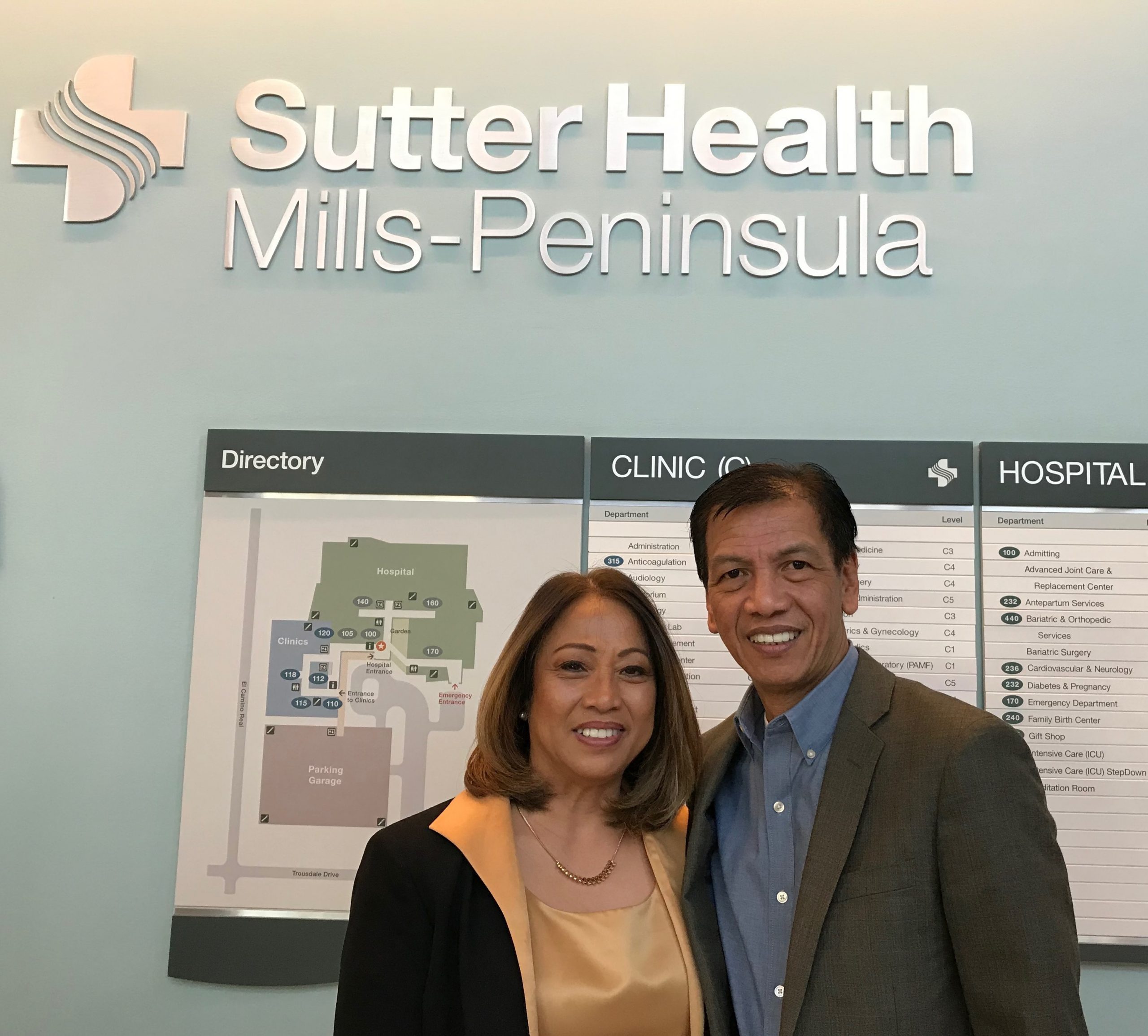 On July 2, 2019, Tomás Goco had a stroke just moments after he deplaned at San Francisco International Airport (SFO). Tomás’ wife and travel companion, Marisol recognized the symptoms and called for help. Tomás’ was quickly met at the airport by paramedics, a 9-1-1 ambulance, and for the first time in SFO history, a Mobile Stroke Unit.

A Mobile Stroke Unit is a specialized ambulance that helps doctors diagnose and treat a stroke on the spot because it brings specially-trained staff, a CT scanner and clot-busting drugs to patients. In this case, gate-side care at the airport meant that Tomás received medicine, which restored blood flow to his brain, just 58 minutes after his symptoms started.

A swift response like this is key to limiting brain damage and serious disability or death from stroke. Tomás quickly made a full recovery, saying, “I went to see my primary care doctor a few days after and she couldn’t believe I had a stroke so recently; I feel as if it didn’t even happen.”

“Mr. Goco’s case is the perfect example of why we decided to take stroke care on the road,” explained Ilana Spokoyny, M.D., a neurologist with Sutter West Bay Medical Group and clinical and research director for the Mobile Stroke Unit that treated Tomás.

“A typical ambulance is not equipped to help providers remotely diagnose and treat stroke so, under normal conditions, treatment is often delayed both by the time it takes to get to the hospital and time needed to run tests at the hospital,” she said. “The Mobile Stroke Unit does both of these steps in the field.”

Of the 10 patients treated on the Mobile Stroke Unit to date, all have returned to their regular lives. This is remarkable when you consider that under usual care, depending upon how long they are seen after the symptoms begin, only about 10% of stroke survivors make a full recovery, 25% recover with minor impairments, nearly 50% continue to live with serious impairments requiring special care, and 10% have to live in skilled nursing or long-term care facilities.

Making a full recovery after a stroke is tremendously beneficial for patients because it means that they can go home with the same level of health and quality of life that they had before their stroke – and it turns out to be financially favorable, too.

When stroke survivors have a lasting disability or impairment, they typically require rehabilitation, skilled nursing care and more to perform their daily activities. A study from 2016 showed that medical services used during the first year after a stroke can cost twice as much as the initial hospitalization  for stroke. Additionally, these individuals often can’t return to work, either temporarily or permanently, which results in missed wages and lost retirement contributions.

“The ability to access care during a medical crisis often has a lasting impact on a person’s health,” said Janet Wagner, CEO of Sutter’s Mills-Peninsula Medical Center. “Preliminary data indicates that the Mobile Stroke Unit may improve outcomes for some patients, including, in some cases, shortening recovery time and easing transition back to normal life.”

As an integrated system – which includes both hospitals and outpatient care centers – Sutter Health knows that proactive investments in high-quality care can improve outcomes and lower a patient’s need for successive healthcare, netting long-term cost savings for patients, insurers and society. While still in the pilot phase, the hope is that rapid care on the Mobile Stroke Unit can help stroke survivors avoid disability and disability-related spending.

With the Mobile Stroke Unit, Sutter is hoping to show that the best of both worlds – better outcomes and lower net costs – is possible.

Trailblazing care under a clinical trial

As the only unit of its kind operating in Northern California, and one of only 13 that currently provide care in the United States, the Mobile Stroke Unit is blazing a new trail in the treatment of stroke. While the initial data from previous studies on safety and feasibility is promising, further clinical and economic evaluation is needed before this approach is widely adopted.

Burlingame-based Mills-Peninsula Medical Center, part of the not-for-profit Sutter Health network and home-base for the Mobile Stroke Unit, is proud to be the only community hospital to participate in the BEST-MSU clinical trial, a national, multi-site randomized trial, sponsored by Memorial Hermann Health System and the Patient-Centered Outcomes Research Institute (PCORI), comparing outcomes of patients with acute ischemic stroke treated by a Mobile Stroke Unit with those from conventional care.

“Our team is demonstrating that we can help pioneer the future of acute stroke care and answer two questions commonly asked when a new technology is introduced: does this intervention help patients and is it cost-effective?” Dr. Spokoyny said. Patients who agree to participate in the trial will have their health status and medical utilization tracked for a full year after their stroke.

Years in the making

The Mobile Stroke Unit officially became part of San Mateo County’s 9-1-1 response system on December 18, 2018, after two and a half years of planning and preparation. Community leaders prioritized stroke care in particular because a person’s risk of having a stroke increases with age and the County’s population over age 65 is growing steadily.

Multiple agencies and actors came together to launch the Mobile Stroke Unit, including: American Medical Response, Mills-Peninsula Medical Center, the San Mateo County Emergency Medical Services agency, Public Safety Communications and local fire departments. The cost of the rig and its first two years of operation are being funded by Mills-Peninsula Hospital Foundation and its donors.

“The Mobile Stroke Unit was brought to San Mateo County as a result of the commitment of its EMS system to help everyone in our community live longer and better lives,” said Travis Kusman, San Mateo County Director of Emergency Medical Services. “The collaboration among all the partners to start and sustain this pilot study, including the establishment of workflows and protocols to integrate it into the existing system of care, has been outstanding.”

“It was clear when we first considered bringing the Mobile Stroke Unit to San Mateo County that we would need to include the airport in our service area,” said Brad White, AMR Regional Director. “SFO is a gateway for travelers to and from worldwide destinations, so it makes sense that it needs a world-class emergency medical response system, especially for a condition as common and dangerous as stroke.”

Despite its name, the San Francisco International Airport is actually located closer to Burlingame than it is to the city of San Francisco, and is situated in central San Mateo County. Over 57,000,000 people fly in or out of SFO each year.