How to Spot Skin Cancer Early
May 2, 2022
Sutter Health 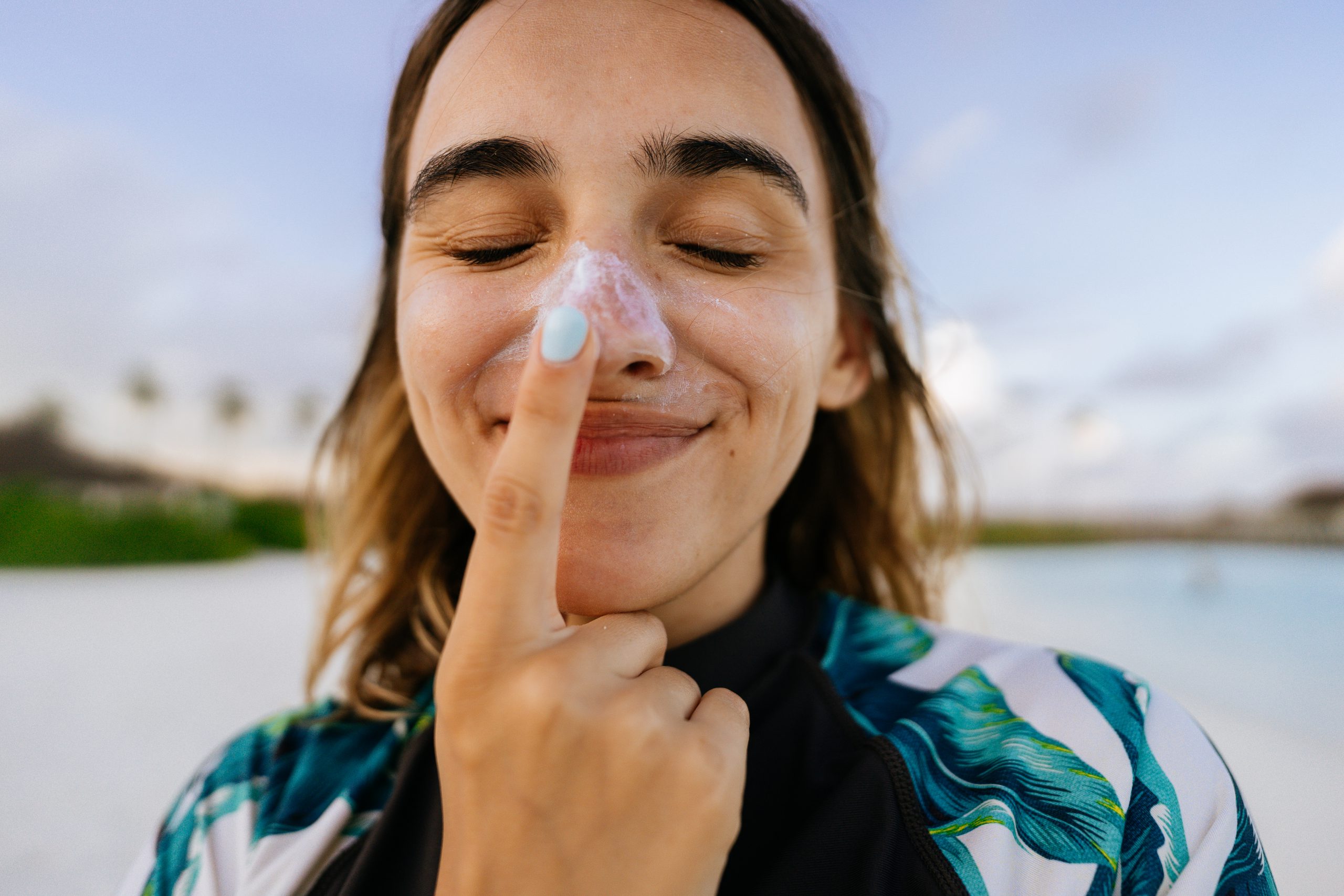 When it comes to skin cancer, there’s good news and bad news. The bad: Skin cancer is the most common of all cancers, with more than 3 million Americans diagnosed every year. The good news: Skin cancer is easily prevented and, if detected and treated early, most cases can be cured.

May is Skin Cancer Awareness Month. Carolyn Nazabal a registered nurse and educator at Sutter Health Memorial Hospital in Los Banos gave Vitals editors some good information on spotting skin cancer, including how to get skin checks as summer sun approaches.

The most common skin cancer is also the least dangerous. Basal cell carcinoma (BCC) is an abnormal growth in the skin’s basal cells, which line the deepest layer of the epidermis (the outermost skin layer). Fortunately, BCC almost never spreads to other parts of the body.

Squamous cell carcinoma (SCC) is an abnormal, uncontrolled growth in the squamous cells, which make up most of the skin’s upper layers. SCC can be disfiguring and, in rare cases, fatal if untreated. Both BCC and SCC growths need to be removed by a doctor.

Melanoma, the most dangerous form of skin cancer, occurs when DNA damage to the skin triggers mutations and causes cells to multiply rapidly and form malignant tumors. “If caught early, you can treat melanoma with removal and chemotherapy,” says Nazabal. “When left untreated, it can spread to other parts of the body and can be fatal.”

Who is at Risk?

“Some people think that if you have a lot of moles you’re more likely to get skin cancer, but that’s actually not true,” Nazabal says. “People who don’t have moles can also get skin cancer and shouldn’t assume they’re safe.”

Overexposure to ultraviolet (UV) rays cause most skin cancers, so “focus on preventing the disease by protecting yourself in the sun and avoiding tanning beds,” Nazabal says.

Early detection is key. As part of a regular checkup, make sure your doctor looks at your skin carefully and discusses any concerns with you.

“Everyone should also perform a monthly skin self-check,” Nazabal recommends. “You know what’s normal on your skin. If you do a skin check once a month, you can easily see if your moles are changing. Women can associate their monthly skin exams with their monthly breast self-exams.”

Here’s how to perform a skin exam:

It’s important to know the difference between harmless and abnormal moles. A normal mole is usually an evenly colored brown, tan or black spot that’s less than a quarter-inch across (about the width of a pencil eraser). It can be flat or raised, round or oval. Once developed, most moles remain consistent over time.

Use the “ABCDE” rule to distinguish abnormal spots: 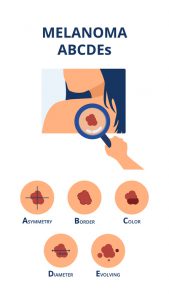 A = Asymmetry. One half of a mole does not match the other half.

B = Border irregularity. The edges are not smooth and look ragged, blurred or notched.

C = Color. The color is not the same all over and you may observe shades of tan, brown or black, or patches of pink, red, white or blue.

D = Diameter. The spot is larger than about a quarter-inch.

E = Evolving. The mole starts to change in size, shape, color or elevation, or it starts to bleed, itch or crust.

In addition, watch out for:

If anything concerns you during a self-exam, make an appointment to discuss it with your physician right away. “The faster you get skin abnormalities checked, the greater the chances of it not getting worse and you staying cancer-free,” Nazabal says.