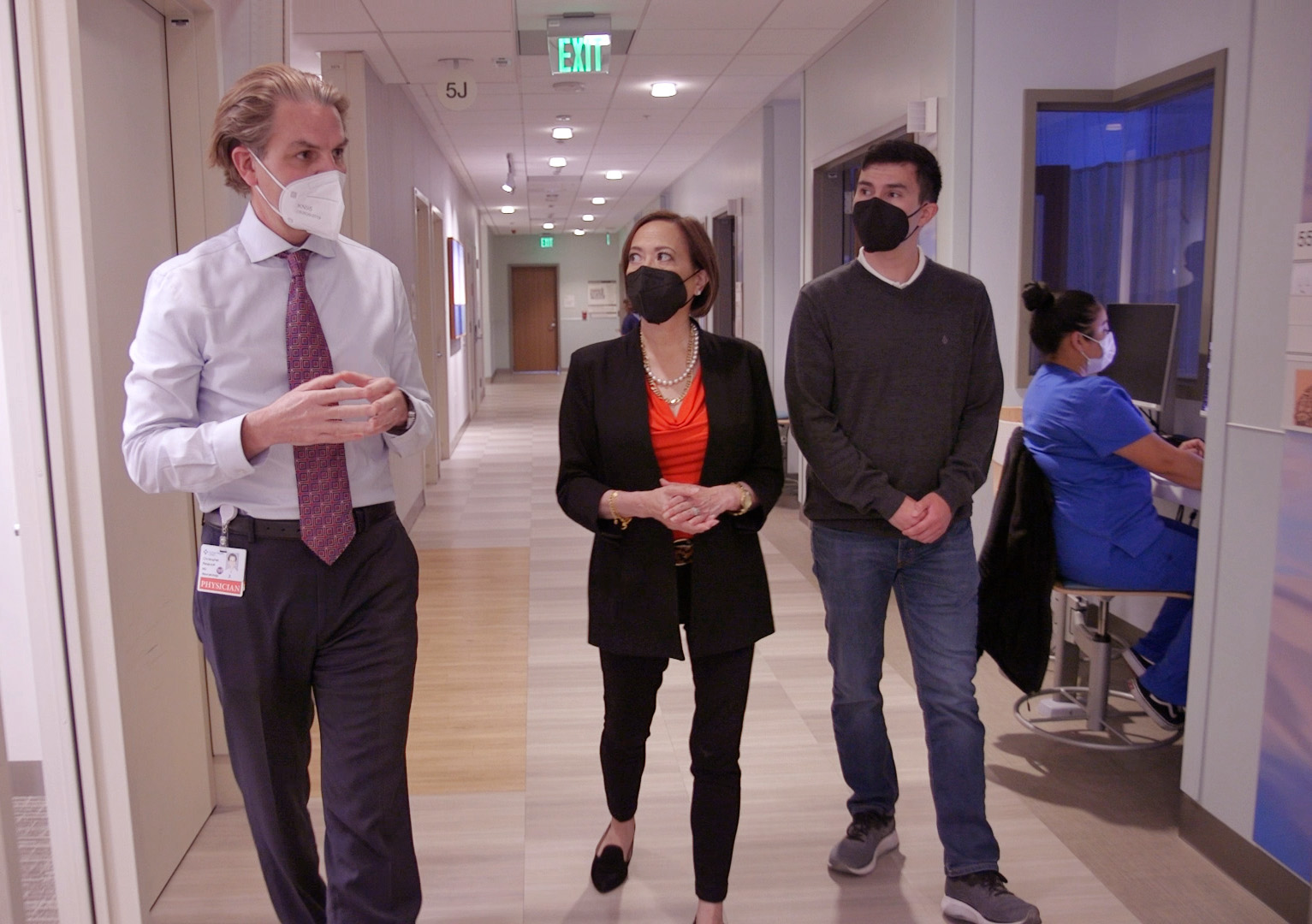 Michele McCarthy’s due date was March 25, but Zach McCarthy was born on Dec. 12 – three-and-a-half months early. Weighing just 2 pounds and 1 ounce, Zach was barely longer than a 12-inch ruler. His lungs weren’t developed. His eyes were still fused shut. He was so delicate that his skin appeared translucent. 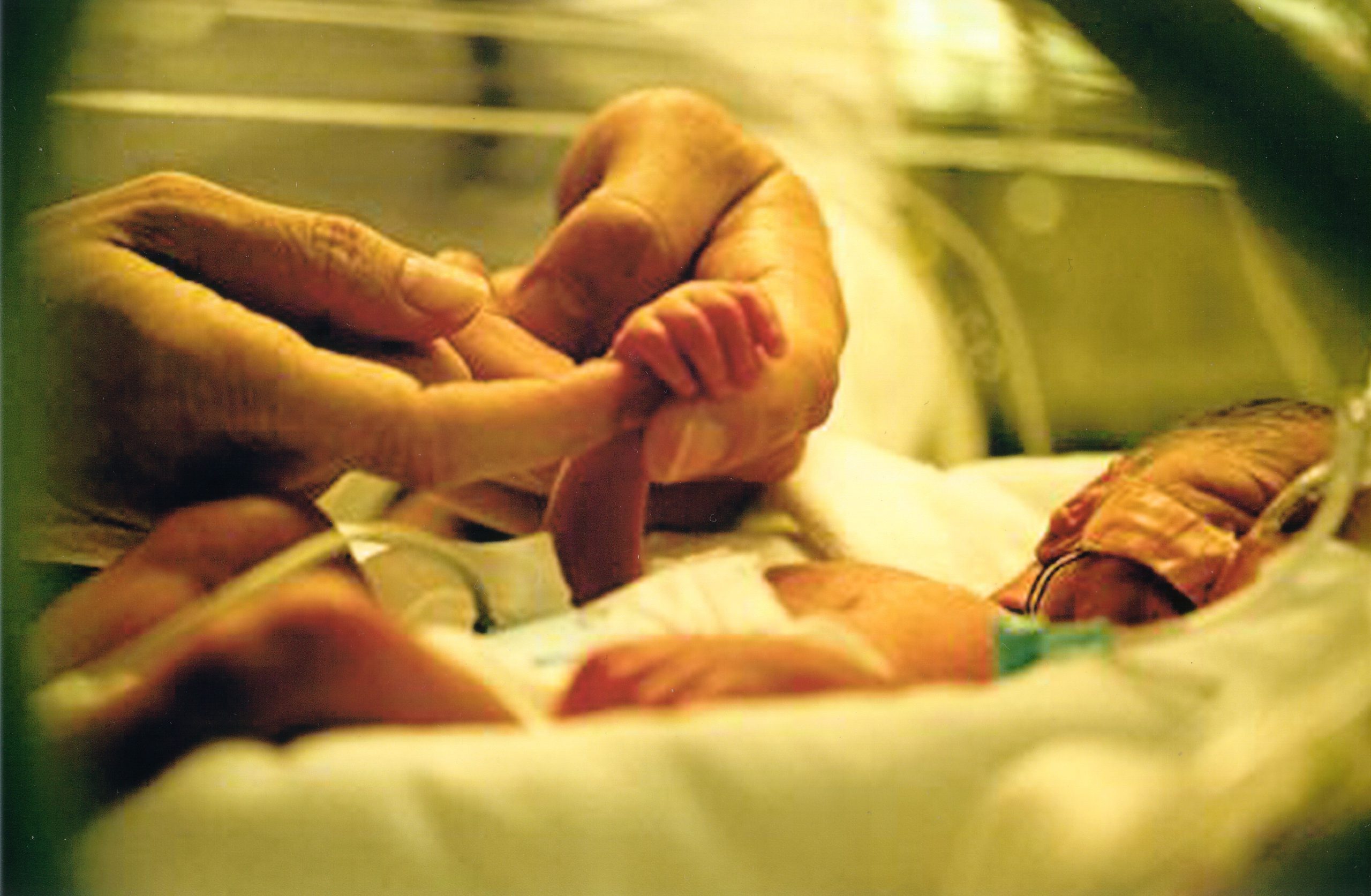 Now, at age 22, Zach is in his senior year at Boston College. He made it.

“Michele was an incredibly important part of our design team from a family perspective … what worked and what didn’t work in our old hospital,” said Dr. Christopher Retajczyk, director of Sutter CPMC’s NICU.  “Our new unit speaks for itself. It’s a really amazing place.”

“Looking at this new design will help families have a better experience, and the technological advances make it better for the medical staff to help these babies,” says Michele.

A neonatal ICU can be an overwhelming place for any new parent, especially if it is not what they were expecting. This was the case for Michele. As a first-time mom, she envisioned a different experience for Zach’s entry into the world.

“We learned the routine and procedures of his day … the heart monitoring, oxygen monitoring, blood testing, feeding tubes, antibiotics and breathing apparatuses,” Michele says, adding that what stands out in her mind was the NICU staff’s “support, care and procedural know-how.” Michele describes Zach’s doctors and nurses as very patient and informative, and “most importantly,” she says, “they never squashed any hope I had.” 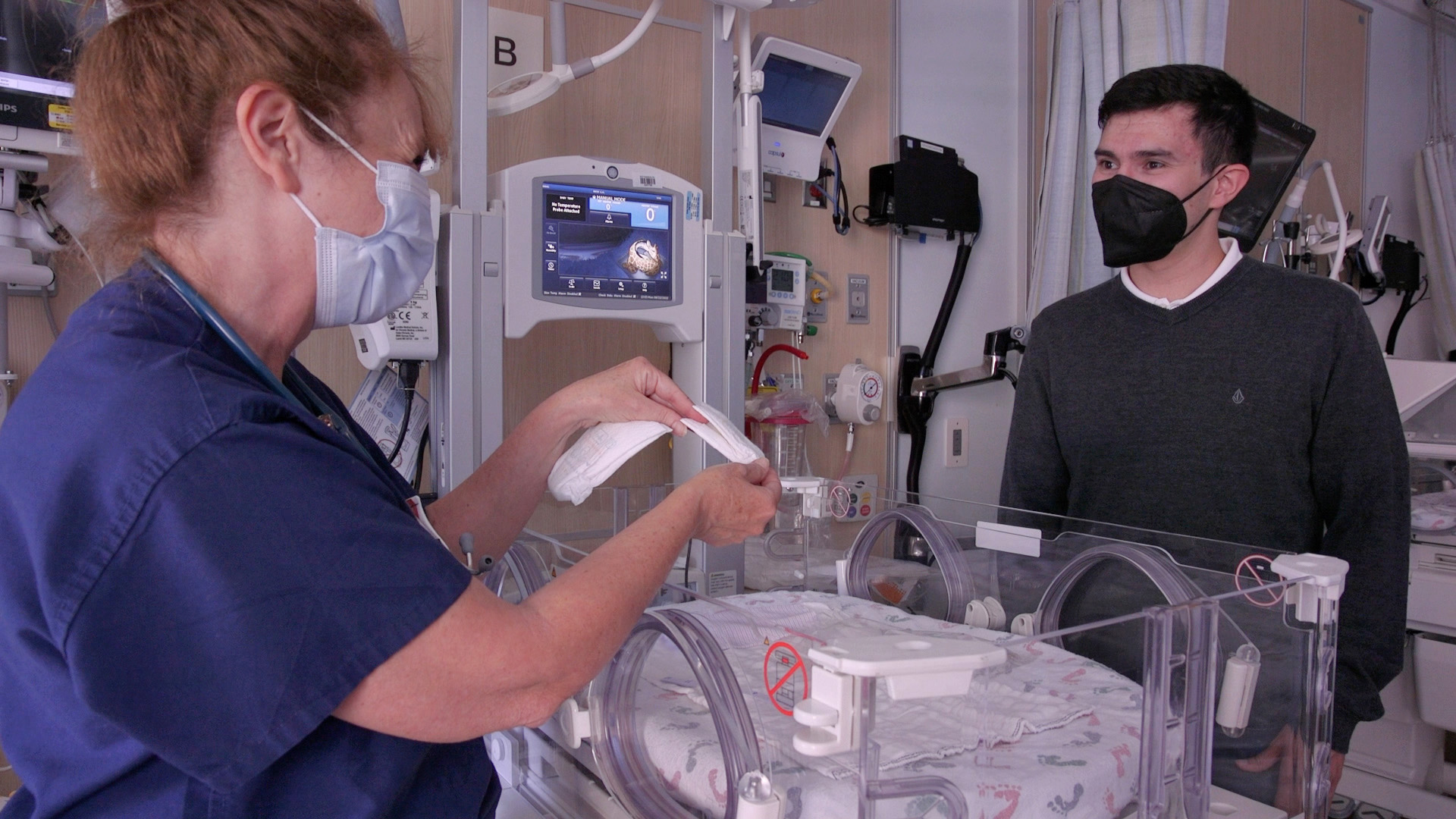 Zach McCarthy meets with a CPMC NICU nurse who shows him the extra tiny diapers used for premature babies. The pair stand at an incubator, or isolette, which is a special crib designed to keep the baby warm. It also serves as a barrier to protect the baby from drafts and germs.

“Very sick babies can have really amazing outcomes,” says Dr. Terri Slagle, CPMC’s chair of pediatrics. Dr. Slagle remembers “tiny” Zach and Michele, and attributes his success, and other babies like him, to the unit’s team approach to care, as well as advances in treatments and technologies over the years.

Michele says, “Unlike many babies born prematurely, Zach survived. Not only did he survive, but he has no apparent complications from his severe immaturity. Our family is blessed that we can share a story with a happy ending.