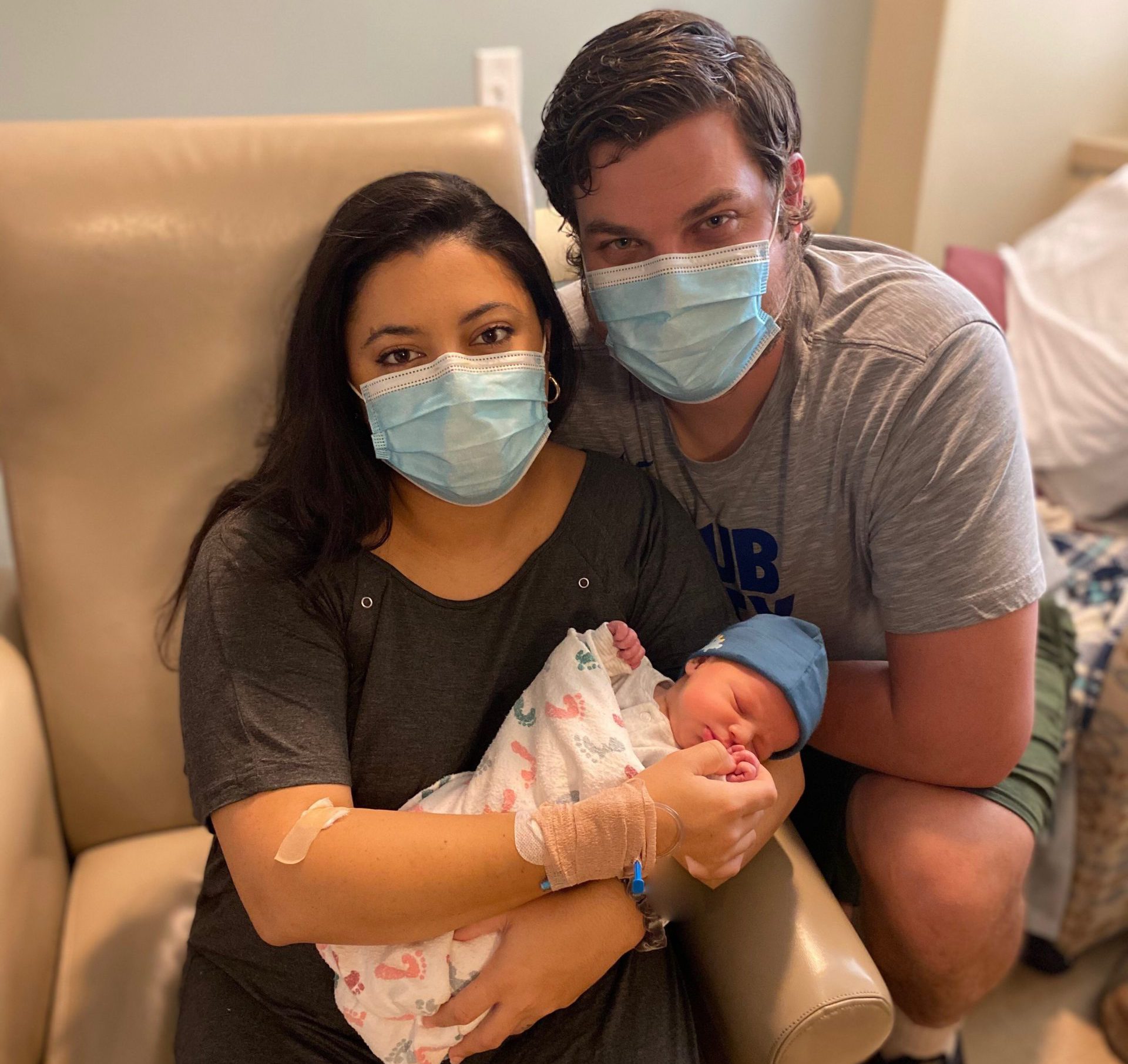 While New Year’s celebrations looked different in 2020, one tradition remained: honoring the first baby born in the new year.

With roots dating back to ancient Greece, the first baby of the year represents rebirth. At a time when the world faced a global health emergency, civil protests and numerous natural disasters, a symbol of hope may offer the comfort and inspiration we seek.

Several families across the Sutter Health network welcomed little ones into the world this Jan. 1, 2021.

Lincoln Boyd Mahrt was born at 12:53 a.m., weighing in at 7 pounds, 4 ounces. Lincoln is the first child for parents Cristina and Jonathan Mahrt, and the first baby born in Sonoma County this year.

The entire family is healthy and resting comfortably after little Lincoln’s unexpected arrival two weeks early. Mom Cristina didn’t initially realize she was in labor so she went to a prenatal appointment as scheduled on Wednesday morning, only to learn she was already 5 centimeters dilated. “I had been having some contractions, but they weren’t consistent,” she said. Tara Bartlett, D.O., delivered Lincoln at Sutter Santa Rosa Regional Hospital, not far from the family’s home in Penngrove. 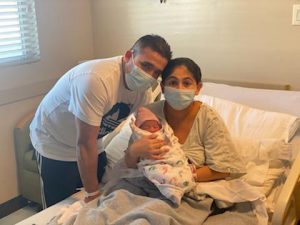 More than 170 miles southeast of Santa Rosa, Jonathan Marin made his debut at Memorial Hospital Los Banos around 1:30 a.m. He joins parents Judy Cabrera and Jose Luis Marin and his six other siblings, who range in age from 21 to nearly 3. Little baby brother Jonathan is the fifth child out of the seven to be born at Memorial Hospital Los Banos. Stephen Georgiou, M.D., delivered both Jonathan and his 16-year-old sister.

Cabrera was actually surprised at her baby’s arrival, too. She had been awake very early the morning of New Year’s Eve with some pangs, but still headed to her check-up appointment that afternoon. To everyone’s amazement, she was 6 centimeters dilated. Her care team officially admitted her and several hours later Jonathan joined the family. “I’m so grateful the baby is here and arrived in a safe place. I thank God,” Cabrera said. 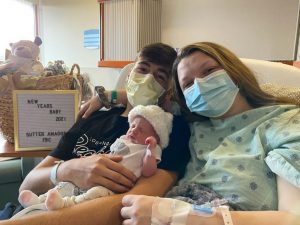 Back up north in Gold Country, Charli Rainn Mantz joined the New Year’s Day celebrations, albeit several hours later. At just before 8 a.m., she was the first baby born at Sutter Amador Hospital in Jackson, weighing in at 5 pounds, 14 ounces. Another pioneering moment: she is the first child of mom Peyton Cagle and dad Shawn Mantz, who live in Valley Springs in nearby Calaveras County.

Cagle describes Charli’s features as the perfect combination of Mantz and herself. Baby Charli has her mom’s nose and her dad’s lips. She also has a healthy set of lungs and vocal chords. “When Charli cries, she is definitely loud,” mom said with a quiet laugh.

Cagle admitted she is the type who likes to ask questions. As a first-time mom, she appreciates how hospital staff has been there to assure her. “They were literally perfect, so helpful and nice. You can tell that they genuinely care,” she said. Mantz’s support throughout Cagle’s labor, whether holding her hand or whispering words of encouragement, were also a major help. 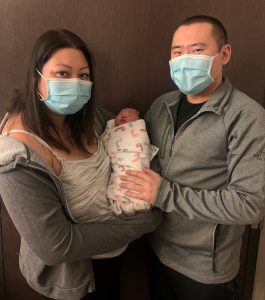 In a similar vein, Kim Pham Fico and Ben Fico already see their newborn daughter as a source of help, saying, “she showed up early to help us celebrate New Year’s Day.” The first child for the couple, Ayla Hae Linh Fico was born at 7:33 a.m., weighing 7 pounds, 9 ounces. The Hayward couple were glad they decided in advance to deliver at nearby Eden Medical Center in Castro Valley. “Kim’s water broke at home about 3 p.m. yesterday and everything happened quickly after that,” Ben said. Ricci Sylla, M.D., delivered Ayla after Kim spent four hours pushing. “We were lucky,” remarked Ben.

Welcome again to the first babies of the new year who serve as symbols of encouragement to all of us.