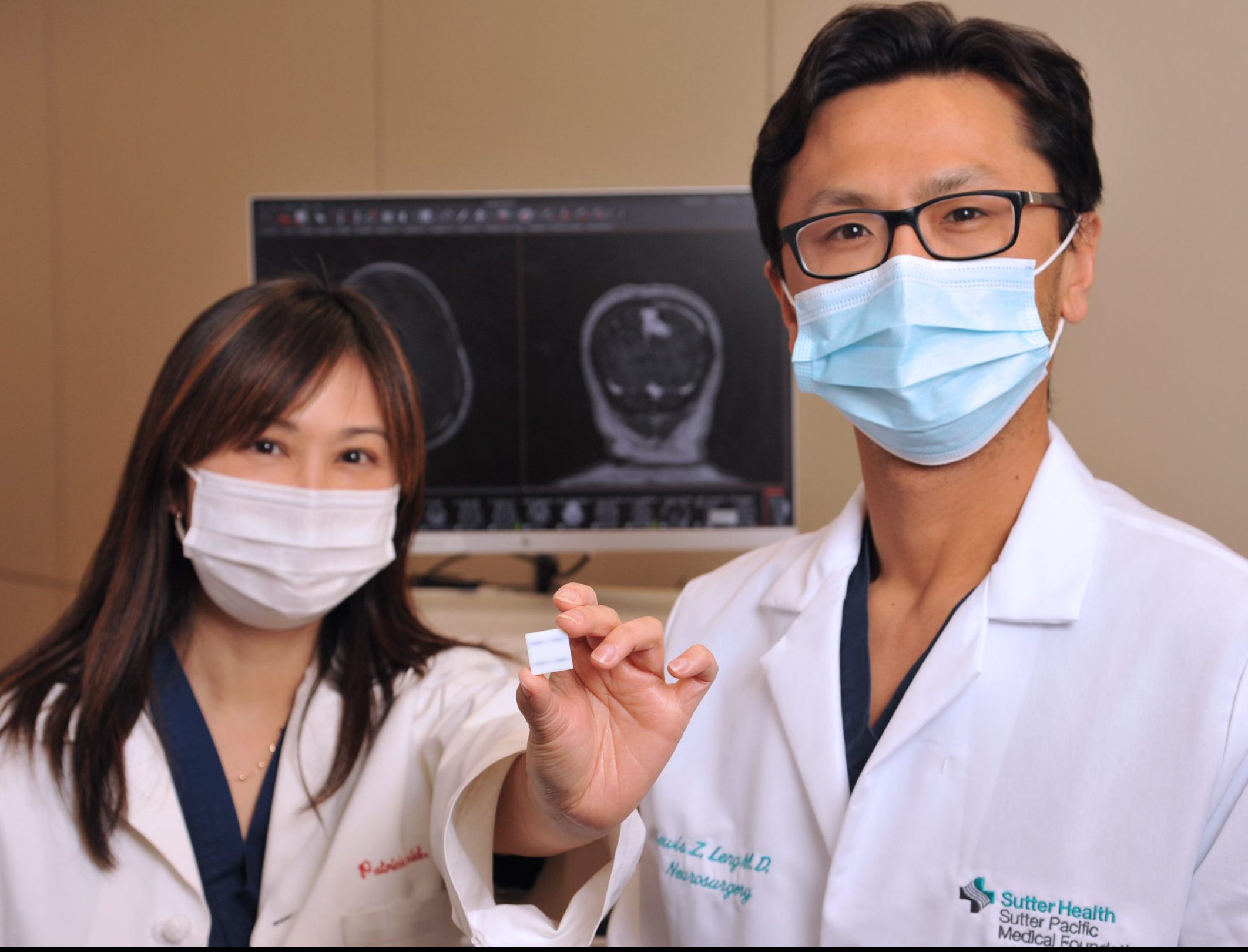 A diagnosis of cancer is shocking for most people. But a diagnosis of brain cancer may carry additional fear when one considers these facts: no other cancer is as challenging to effectively treat as brain cancer, and the average five-year survival rate for people with malignant brain tumors is about 36%.

Fortunately, the availability of a novel treatment called GammaTile® Therapy is offering hope for people like 68-year-old Jane Finch Hall.

CPMC is the first not-for-profit community hospital in Northern California to offer this new treatment to patients with brain cancer.

In 2016, Hall, a Santa Rosa resident and devoted mother, was diagnosed with a meningioma when an MRI and CT scan revealed a brain tumor pushing on one side of her brain. She underwent radiation and three surgeries to remove 90% of the mass. Hall returned to her life and her part-time work as a supervisor at Costco. It’s a job she says she loves because of how it connects her with others in the community.

But, as after a few years ticked by, Hall felt something was amiss in her head.

“For months I had been feeling ‘off,’ lethargic and just not like myself,” says Hall. Deep inside, she feared that the brain cancer had returned.

In 2021, Hall learned her tumor had returned and had advanced to a more aggressive form (grade 3) of the disease.

A Novel Type of Radiation Therapy

The GammaTile® technology uses targeted radiation therapy to reduce radiation exposure in unaffected parts of the brain and where the tumor is most likely to recur. It is a form of “brachytherapy,” whereby small tiles with “seeds” that emit radiation are permanently implanted in the patient’s brain at the time of surgery. After the neurosurgeon has safely removed as much of the tumor as possible, the tiles (each about the size of a U.S. penny) are placed in the tumor cavity or empty area where the tumor used to be. Once implanted, the tiles work to remove any excess tumor and to deliver the radiation at the same time.

“This cutting-edge treatment helps give patients new hope in the fight against brain tumors,” says Dr. Patricia Seid, a Sutter-affiliated radiation oncologist. “It offers promise of success where other treatments have failed, and does so without the need for additional radiation appointments or clinic visits so patients can focus on healing.”

The therapy, made by GT Medical Technologies, became available to patients in 2019 and is being used at only a handful of treatment centers across the United States. It was initially approved for the treatment of recurrent brain tumors, including glioblastomas, meningiomas and brain metastases. The U.S. FDA has also expanded its approval to include treatment of newly diagnosed malignant brain tumors.

“Despite the efforts of the most skilled brain tumor specialists worldwide, outcomes for patients with brain tumors have improved very little over the past 30 years. Malignant brain tumors are extremely difficult to effectively treat,” says Dr. Leng. “We are deeply proud and excited to offer this novel approach to patients who urgently need treatment for brain cancers, particularly those with fast-growing tumors.”

Dr. Leng and colleagues at Sutter’s neuro-oncology programs treat some of the most complex, serious and rare types of brain cancers. He and other experts have built and grown Sutter’s programs for brain and nervous system cancers to be one of the top programs across the U.S.

As for Hall, she envisions the new treatment offered at CPMC as potentially critical for not only her but other people with brain cancer or patients whose tumors may recur.

“I am so grateful for the care I received at CPMC that gave me hope and has returned my life to me,” Hall says, excited to resume gardening and outdoor activities soon as well as newfound time to reconnect with family and friends. “I feel an overwhelming sense of hope, calm and peace. It’s also comforting to know that this type of groundbreaking therapy is available to help care for other people with this potentially life-threatening illness.” 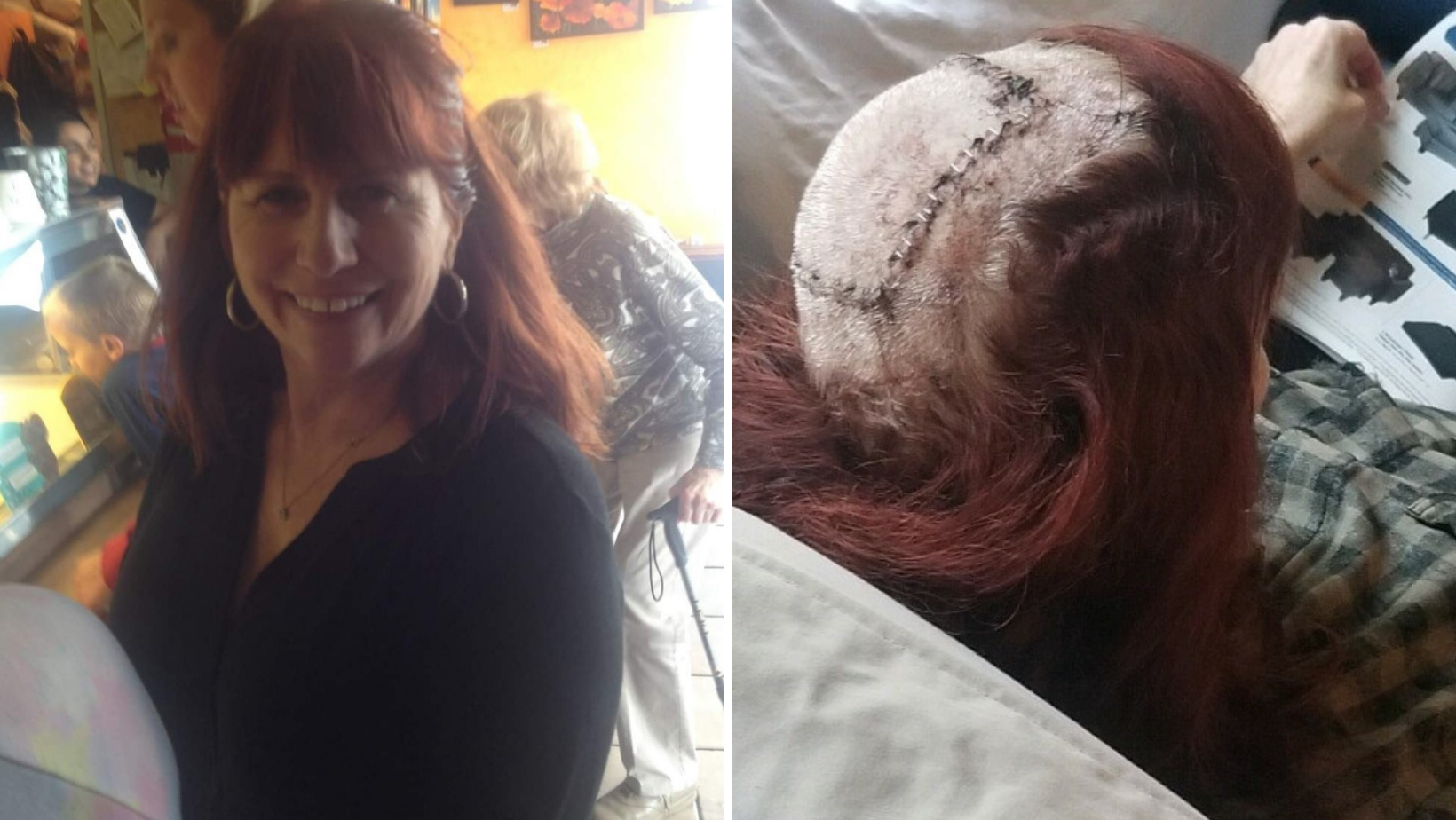 Do you or someone you love need treatment or support for brain or nervous system cancer? Find information and connect with a specialist.