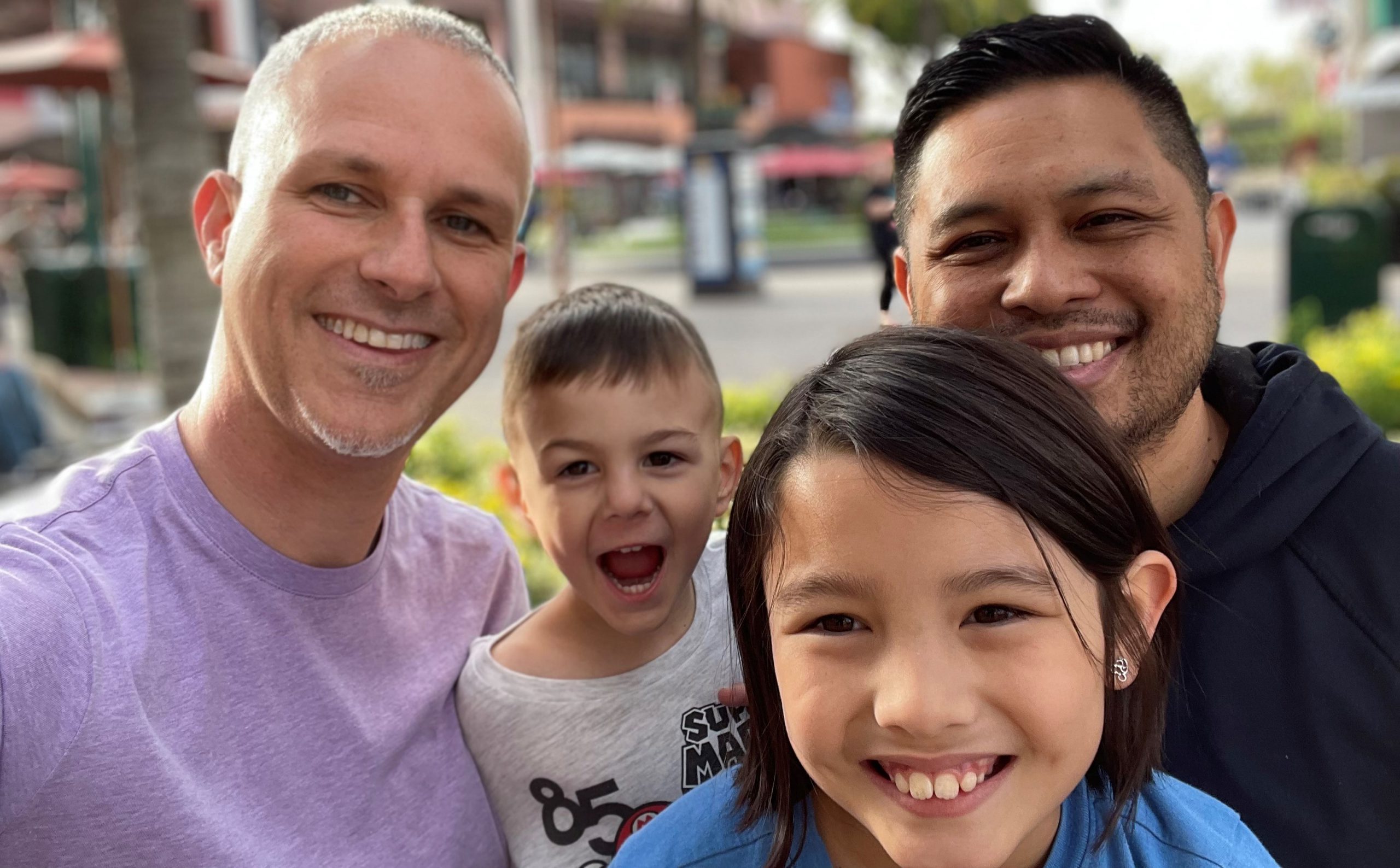 Jonathan Judy-del Rosario of Alameda always wanted to be a father, but as a gay man he didn’t think it would be possible. Then he met Kurt del Rosario, and he wanted kids, too.

“We listed with an adoption agency in August 2012 and started our journey,” Jonathan says. “Ten months later, we received an email from an expectant mother through the adoption agency.” 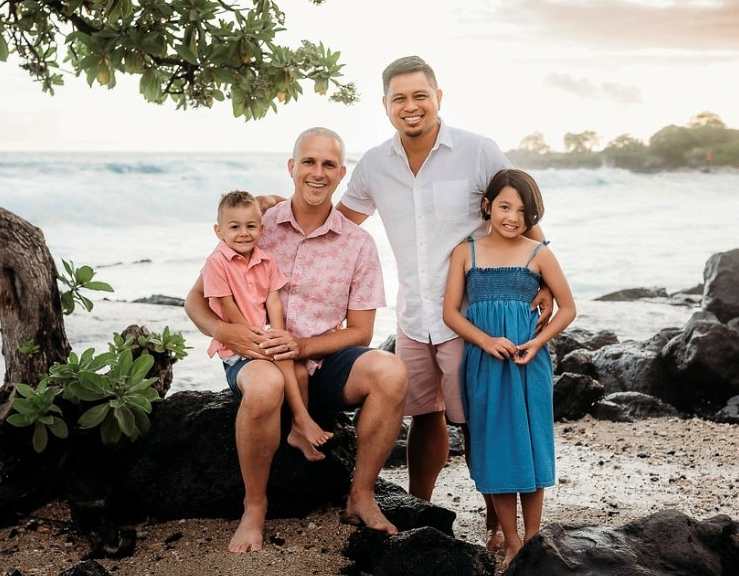 Jonathan Judy-del Rosario, sitting, and his husband, Kurt, enjoying the ocean with Cooper on his lap and Ellie.

They met the mother-to-be in Sacramento. She had been adopted as a child and felt, given her circumstances, that adoption was best for her unborn child.

“She was meeting with another couple a few days later,” he said. “Our only question at the end of the night was, ‘Will she choose us?’ “

A few days later, they got a text message from her that read: Are you guys ready to be dads?

During the two-month wait for the baby, marriage equality became a reality, and the couple got married on July 3, 2013. Just eight days later, their baby was born and they became first-time dads. They named their daughter Ellie.

“Your whole world changes,” Jonathan says of fatherhood. “We didn’t think we’d ever have children, and there we were, taking Ellie home just 24 hours after she was born. Five years later, we welcomed our son, Cooper, into our family.”

Not only did Jonathan not think he’d ever become a father, but he also never thought he’d become a hospital’s chief nurse executive – a senior-level nurse position traditionally held by women. Jonathan was named chief nurse executive at Eden Medical Center in Castro Valley, Calif., earlier this year after 15 years at California Pacific Medical Center in San Francisco. Kurt is also a nurse, working in oncology at CPMC’s Van Ness Campus.

Both men inspired each other in their nursing careers. Since they married, Jonathan supported Kurt in pursuing a career as a nurse, and Kurt supported Jonathan to pursue his doctorate in nursing, which he received this year. According to a recent study, only about 10% of the registered nurses in the United States are male. 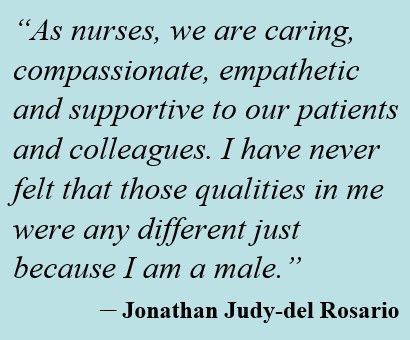 “It has been interesting to see the number of men in nursing grow over my 25-year career,” Jonathan says. “While there is an increasing need for nurses throughout the country, I believe that we will see more men entering the profession. As nurses, we are caring, compassionate, empathetic and supportive to our patients and colleagues. I have never felt that those qualities in me were any different just because I am a male. While I have seen a significant number of male nurses within Sutter, both bedside and in leadership, it is a little surprising that I am the only male CNE currently in the organization.””

As chief nurse executive, Jonathan is a member of the hospital’s administration team and oversees nursing for the entire medical center.

“My favorite part of healthcare is the ability to impact so many people every day. On the frontline, my job was to impact patients and families. Now, my job is to impact the nurse leaders who take care of their staff, who subsequently take care of our patients,” Jonathan said. “It’s amazing to be able to support leaders and staff doing what we all went into healthcare to do – take care of patients.”