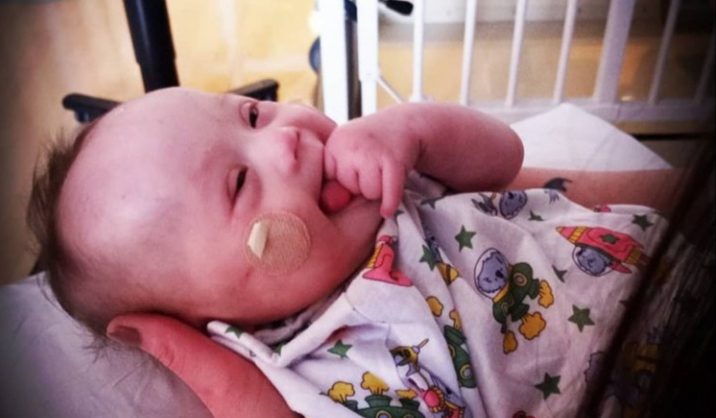 Jessie and Jason Anderson’s baby, Ricky, was born with a severe congenital heart defect that would require surgery within months of birth. The Citrus Heights, Calif., couple were given a choice that most parents in their situation aren’t even offered: Have a surgeon repair the defect the usual way by breaking his breastplate, requiring a six-week recovery and leaving a lifelong “zipper” scar on his chest, or by going through a much-smaller incision on the side that leads to no broken bones, a much shorter recovery and a barely visible scar. 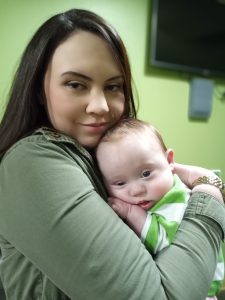 Jessie Anderson holds her son Ricky, who is believed to be the first to have his complex heart defect fixed minimally invasively.

The decision wasn’t as easy as it sounds, as their son, Ricky, had a complex defect that probably never had been corrected in the United States through this minimally invasive surgery, called a right mini-thoracotomy.

But this is no ordinary surgeon. Naruhito Watanabe, M.D., a Sutter Medical Center, Sacramento pediatric heart surgeon with Stanford Children’s Health, is a pioneer in the United States in performing congenital heart repairs using an approach that used to be considered unthinkable. In 2018, Dr. Watanabe performed what is considered to be the first right mini-thoracotomy in the U.S. and now has performed the minimally invasive repairs on 29 patients. And he continues to perform them on more and more complex defects to excellent success.

Ricky, who has Down syndrome, was born with a complete atrioventricular canal defect, a severe abnormality in which there is a large hole in the tissue (called the septum) that separates the left and right sides of the heart. The hole is in the center of the heart, where the upper chambers (the atria) and the lower chambers (the ventricles) meet. Ricky’s hole, the Andersons were told, was quite sizeable, and it is believed that no child in the United States with a complete AV canal defect has had it repaired through a mini-thoracotomy.

The Andersons did their research and found that Dr. Watanabe is the only surgeon who could repair Ricky’s complex defect by using a mini-thoracotomy, and that pediatric cardiologists and parents were raving about his minimally invasive surgery. Then, after seeing photos of children with horrible scars and reading stories about the long recovery for the traditional surgery, the Andersons were on board.

“One of my biggest fears was having to break his chest plate. I just couldn’t bear the thought of breaking bones on a little baby,” said Ricky’s mom, Jessie, less than two weeks after surgery. “If he had the surgery the traditional way, I wouldn’t be able to hold him right now. He’s happy and smiling.”

Children with Down syndrome, like Ricky, are more apt to be born with congenital heart defects that will require having their little hearts surgically repaired. Anderson said she is actively posting on social media and encouraging other mothers of babies born with Down syndrome to look into Dr. Watanabe’s surgeries.

“I want to thank Dr. Watanabe for saving his life,” she said. “I see on Down syndrome support groups these photos with kids who have crazy scars and complications. They talk about not getting to hold their babies for many weeks afterward. How lucky we are.” 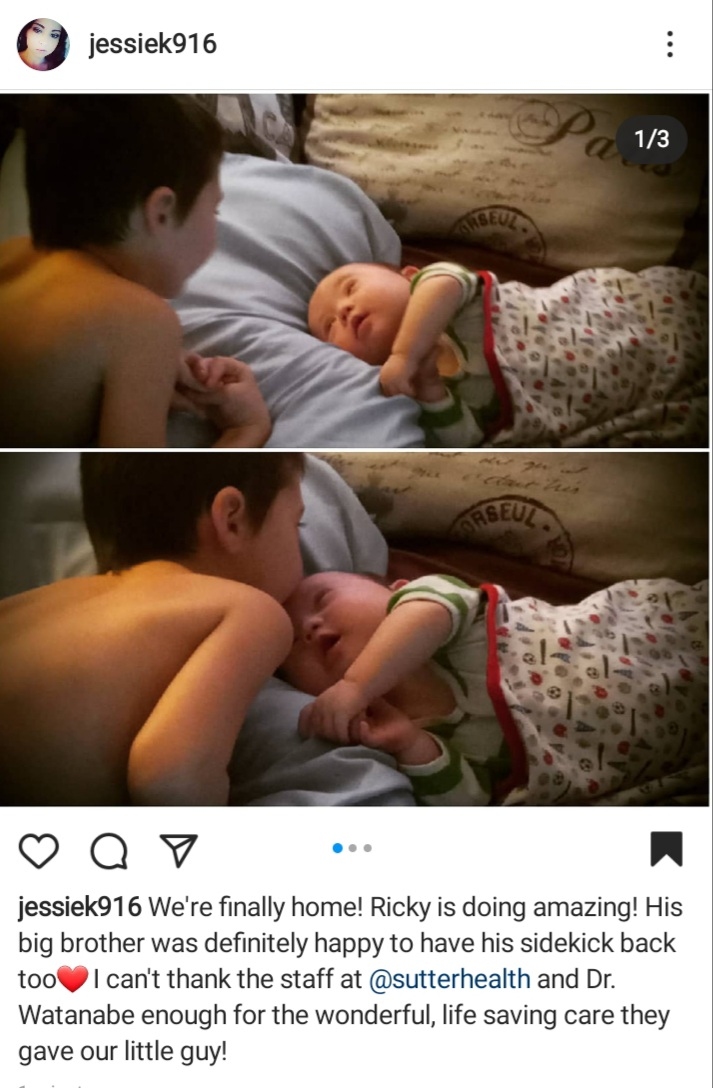 Ricky gets a kiss from his brother when he was brought home, and Jessie Anderson used the social media post to thank Dr. Watanabe and the staff at Sutter Medical Center Children’s Center. 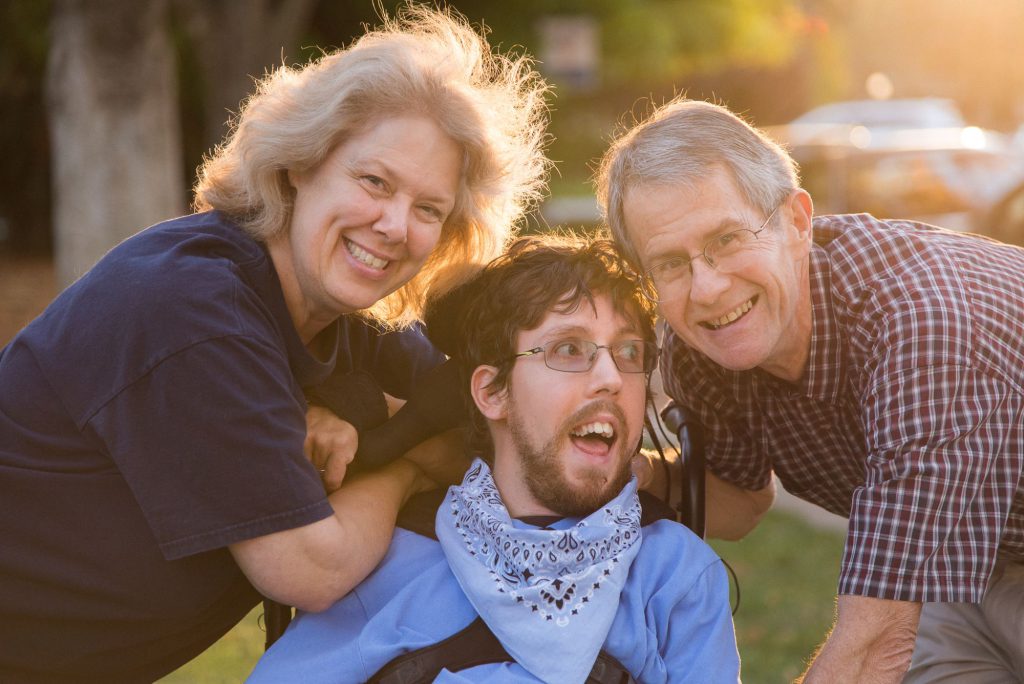 While Nathan Streeter’s time on Earth was brief, he leaves an impact that will be felt for many years to come. The 31-year-old loved filmmaking, baseball, traveling by plane and having books read to him. He also had several chronic health diagnoses, including...

Dogs bring all sorts of health benefits and levity to our lives. They encourage physical activity, have been shown to lower blood pressure and act as emotional support on our most challenging days as humans. Outside their role as pets, highly trained assistance... 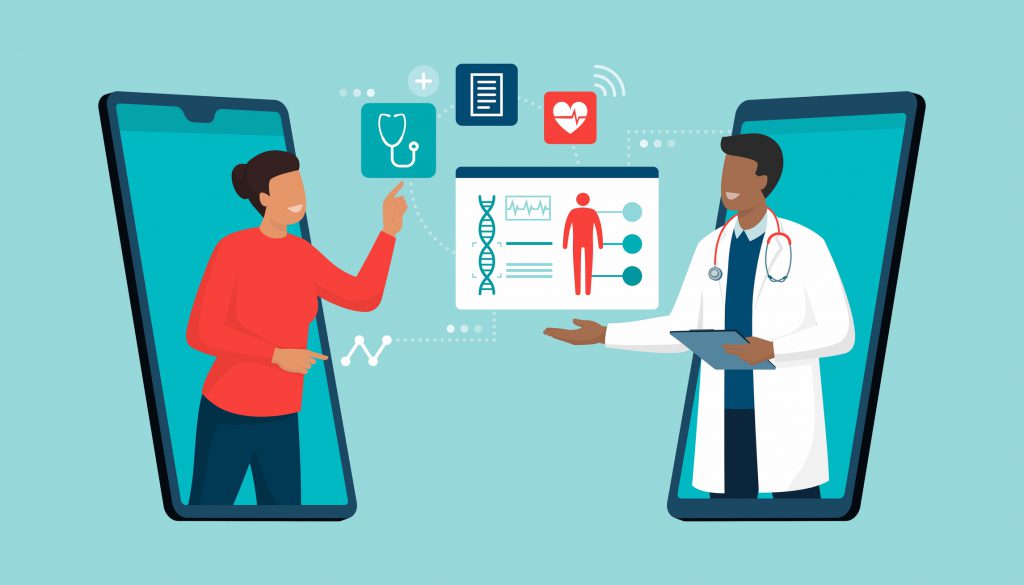 An Amwell report states more than half of all consumers expect to rely more heavily on telehealth than they did before the pandemic. The report goes onto to share 92% of providers plan to continue offering video consultations even after it's safe for in-person...