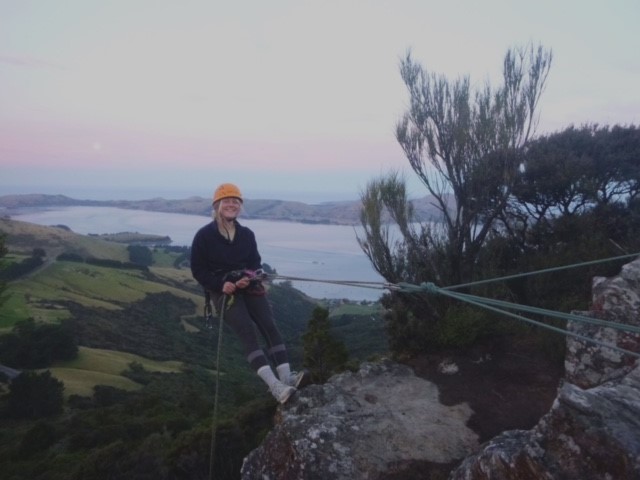 Anna Parsons never expected to visit—let alone be a patient—inside an American hospital. The 21-year-old from New Zealand had come to the United States to explore the natural glory of Yosemite National Park. However, the avid rock climber and surfer took a tremendous fall from Snake Dike—one of the most popular routes inside the park. She broke nearly every major bone in her body and suffered internal injuries, including punctured lungs. Thankfully, her helmet—fragmented and jagged after the fall—protected her head.

Parsons says she doesn’t remember much from the helicopter flight to Memorial Medical Center in Modesto, Calif., a Level II trauma center, on Aug. 1, 2022. She only recalls the excruciating pain coursing through her body along with the tender grip of her friend Jack’s hand. Those first couple of weeks inside the hospital are foggy, too. She spent considerable time in surgeries and inside the intensive care unit, where teams focused on managing the impact of her critical injuries. Unfortunately, the injury to her left leg was so severe that clinicians had to amputate the portion below her knee.

Parsons says she began to regain her faculties as her hospital stay extended like an unending trail. The reality of her situation also came into view. While at times it felt daunting and disheartening, she credits hospital team members for their unwavering support.

“I had someone say, ‘You’ve got life and that means you’ve got hope.’ That meant a lot to me,” she said.

Parsons expressed thanks to the ICU team, especially nurses Bianca Vlad and Jeff Ondieki, for being extra helpful and lifting her spirits. She also credited Ondieki for working with her on her medication management, which made her feel comfortable and respected.

She’s also a fan of the orthopedic unit staff, including nurses Saloni Handa and Melissa Goodwin. She expressed thanks to Manjula Prasad, the nursing assistant on the unit, who would help Parsons bathe and occasionally brought her small-size lotions as a surprise. She credits Havi Nguyen, a unit charge nurse who showed exceptional patience and kindness when removing her stiches when she was in so much pain.

Parsons has grown fond of the physical therapy teams, too, that are helping build her strength and stamina. She says some of her favorite moments are when they escort her as she wheels herself to the nearby courtyard. There, she immediately recharges via nature’s energy that she thrives on so much—breathing in the fresh air and feeling the warm sunshine on her face. 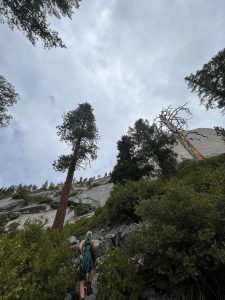 Anna Parsons, foreground, looks forward to exploring again in whatever ways she can after her accident.

Handa is a former early childhood educator who re-careered into nursing at Memorial Medical Center this past March. As a new nurse, she finds Parsons’ journey particularly touching. While getting to know each other, Handa learned Parsons enjoyed watching the sun rise. At the end of every shift, early in mornings, Handa would reposition Parsons so that she could watch each day’s new start from her window.

“She stated that she likes sunrises over sunsets because they are not only beautiful, but a symbol of new beginnings,” said Handa. “To me, it reflected her optimism and how the sunrise was an emblematic of how she views her current situation.”

Goodwin has seen numerous patients who have experienced traumatic injuries in her 14-year career at Memorial Medical Center. What strikes her is being witness to Parsons’ true self—the one undefined by her accident. She describes the situation as “humbling.”

“She just has this incredible attitude, positivity and motivation,” said Goodwin. “You see someone so young to be able to withstand what she has gone through with grace and integrity and strength, which is beyond her years in my experience.”

Goodwin says that caring for patients like Parsons is almost therapeutic for herself and affirms her philosophy toward nursing.

“It validates what we are there for and the reasons we show up to work every day,” she said.

Parsons still has considerable time ahead of her when it comes to healing. She acknowledges her life will be different but relishes the time when she is healthy enough to explore again in whatever ways she can.

“I’m really happy about my progress,” she said.