As brother and sister, Jesse Elliott, 74, and Christine Veraldi, 63, grew up doing just about everything together, including smoking. Both were surrounded by cigarettes beginning at a young age, leading to severe lung damage later in life.

Now they both share something else in common: lung disease survivors, thanks to a friend’s research, a new medical treatment and talented medical teams in San Francisco. 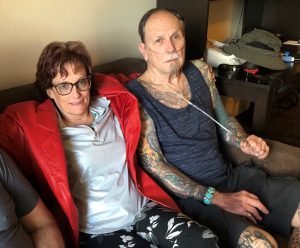 Siblings Christine and Jesse before they both underwent the endobronchial valve procedure at CPMC.

After smoking for nearly 50 years, Jesse was diagnosed with severe emphysema. Two years ago, he was bedridden, unable to do even the simplest tasks without feeling as though he was suffocating.

“My wife and I had got to work on making the plans for when I passed on,” he said.

This is, until a phone call from a friend changed everything.

Jesse’s friend, in a chance interaction at the grocery store, talked to someone about a new life-saving pulmonary device called endobronchial valves, also known as Zephyr Valves. Immediately Jesse’s friend knew this was something he needed to investigate.

After speaking with his friend, Jesse called Dr. Austin Sue, who was managing his palliative care, and asked if he could look into the endobronchial valves. Dr. Sue did his research to see if this newer, minimally invasive treatment option could give Jesse a chance at a better future.

“It was clear Jesse fit the basic criteria for this newer treatment,” Dr. Sue said. “His emphysema was severe, he had quit smoking, and he suffered with hyperinflation in the damaged areas of his lung, which caused his breathing to be difficult.”

Two other medical institutions told Jesse there was nothing more that could be done. That’s when Dr. Sue sent Jesse to Sutter’s California Pacific Medical Center (CPMC) in San Francisco for a more extensive work-up and evaluation for the endobronchial valve procedure.

Getting His Chance to Breathe Freely Again

In July 2020, despite the COVID-19 pandemic, Jesse’s prayers were answered. Dr. Jey Chung, an interventional pulmonologist at CPMC, approved Jesse for his Zephyr Valves. The valves are placed by bronchoscopy, and the procedure does not require any cutting or incisions.

“The valves are a minimally invasive option that reduces lung hyperinflation, which allows patients to breathe easier, without all the risks of surgery,” explains Dr. Chung. “The valves allow the trapped air to escape from the diseased areas of your lungs, which reduces hyperinflation, takes pressure off the diaphragm, and allows the healthier parts of the lung to function better.” 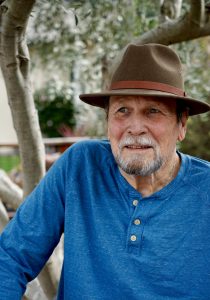 Jesse Elliott on Feb. 9, 2021, several months after his endobronchial valve procedure. The color in his face has returned and he is breathing much easier.

Not only did the endobronchial valve procedure help Jesse breathe better, but it brought him back to his family. “I didn’t expect to see Christmas,” he said. “This was a miracle.”

Because the valve procedure does not require an invasive surgery, the recovery in the hospital is relatively short. Jesse was back home after four days.

“The best part is you’re not being cut,” he remembers. “I’m still dumbfounded on how lucky I was to find this option. I knock on wood and say thank you for this.”

This is not even the happy ending of this story. Jesse’s wife helped him recuperate at home along with help from his younger sister, Christine, who also suffers with COPD/emphysema. She saw first-hand the positively dramatic change the endobronchial valves brought Jesse, and she knew she needed to be next in the family to receive them.

Following in Her Brother’s Footsteps

Christine, a registered nurse and a long-time smoker herself, knew the damage her lungs had suffered. Like Jesse, COPD had made her life a daily struggle to live and breathe. She had already been told she would be a candidate for a double lung transplant, but as a nurse she also knew the challenges associated with this kind of major surgery.

Says Christine, “I was all for the trying the valves after I saw the impact they had on my brother’s quality of life. I said, ‘sign me up.’”

She was rejected for endobronchial valves for her COPD in Southern California; however, after seeking a second opinion, she was accepted by Dr. Heba Ismail, an interventional pulmonologist at CPMC for the procedure, where she would soon join her brother in living a much better quality of life.

“Endobronchial valves result in improving lung function, exercise tolerance, and quality of life in symptomatic patients. It can especially help patients with advanced emphysema whose daily lives are hampered by the disease,” explains Dr. Ismail.

When she woke up from her surgery, she said she noticed a big difference.

“Right away I was able to walk to the bathroom, eat, drink and – most of all – I could take a full breath,” Christine said. “People I talk to on the phone now comment on how much better I sound because, before I had my valves, I struggled to breathe through every conversation.” 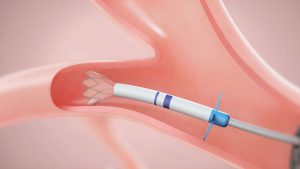 The endobronchial valve procedure does not require cutting or incisions. It is a procedure that places tiny valves in your airways which allow the healthier parts of your lungs to expand, thereby lifting pressure off the diaphragm and helping you breathe more easily. (Zephyr Valve, image courtesy of Pulmonx Corp.)

Christine had nothing but great reviews for her care team at CPMC.

“It was pretty awesome to have an all-female medical team taking care of me. Dr. Ismail and her team turned my life around with this procedure,” exclaims Christine. “I go on walks and play with my dogs without thinking about where my next breath is coming from.” 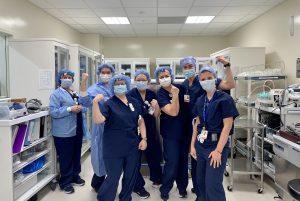 After Christine’s procedure, she stayed and recovered at Jesse’s home, allowing the siblings to support each other along their new life path. They will both travel to the CPMC Van Ness campus in March for their follow up appointments and check on the great progress they are making – together.