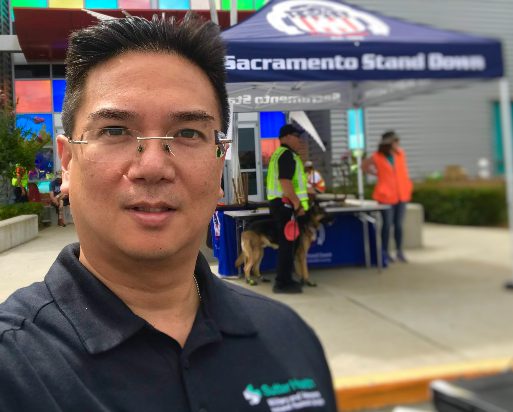 This is part of a series celebrating those individuals who define themselves by what they can do, not what they can’t do.

Sutter Health Assistant General Counsel Ed Fabi serves as co-lead of the Military & Veterans Inclusion Resource Group. He retired in May 2020 as a lieutenant colonel in the U.S. Air Force Reserves. In his own words, he describes his experience with ability issues after sustaining permanent hearing loss from an incident while serving in the military.

During my time in the military, I suffered an injury for which the Office of Veterans Affairs classified me as partially permanently disabled. That means I’m part of the ability population. 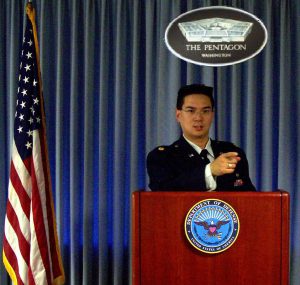 Ed Fabi served in the U.S. Air Force Judge Advocates Group, or JAG. He is now an assistant legal counsel at Sutter Health.

Fifteen years ago, while still on active duty, I suffered an injury to my ears during small firearms training. It was not until after the training, when I was out grabbing a soda, I noticed that something seemed odd. It sounded as though all of the other people around me were utilizing electrolarynx voice boxes, devices normally used by individuals who have lost their voice box, usually due to cancer of the larynx. First, I heard one person who sounded like that, then another, then another.

I slowly recognized the problem wasn’t them. It was me. That’s when I realized I had incurred hearing loss.

For the last 15 years, I have been treated for hearing loss and hearing injury. I am now being treated for tinnitus, and my hearing is monitored twice a year.

I appreciate the opportunity to tell my story. Veterans and active military members often have difficulty acknowledging any ability challenges. In military culture, the team is only as strong as its weakest link. No military member wants anyone to think that their team, squadron or platoon underperformed because of their “weakness.”

I welcome the chance to discuss my ability challenges. I have had this conversation with many folks, because I’m very aware that if people don’t talk about it, they can suffer in silence. The ability to tell your story can free you.