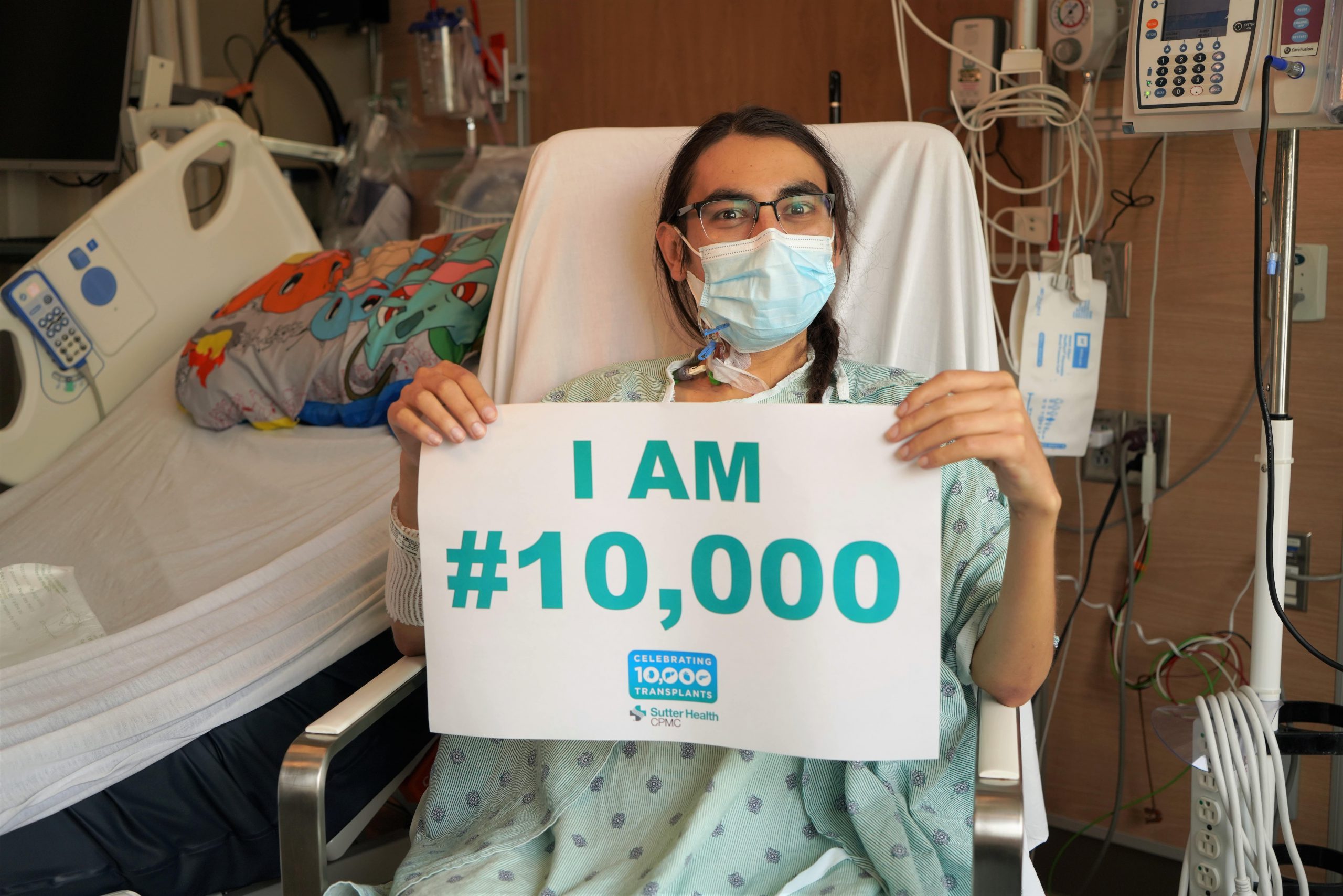 On New Year’s Day, 29-year-old Bradley Ganoe got a new lease on life.

That’s the day Ganoe received a liver transplant that saved his life, about four months after he went into multiple acute organ failure.

“Receiving this liver is a precious gift,” said Ganoe, “and to be the hospital’s ten-thousandth transplant only adds to this incredible experience.”

A quantum chemist and graduate student at the University of California, Berkeley, Ganoe says his health took a severe nosedive in 2021.

Following a series of pancreatitis episodes, Ganoe went into multiple acute organ failure, with his pancreas, liver, kidneys and a lung all shutting down. 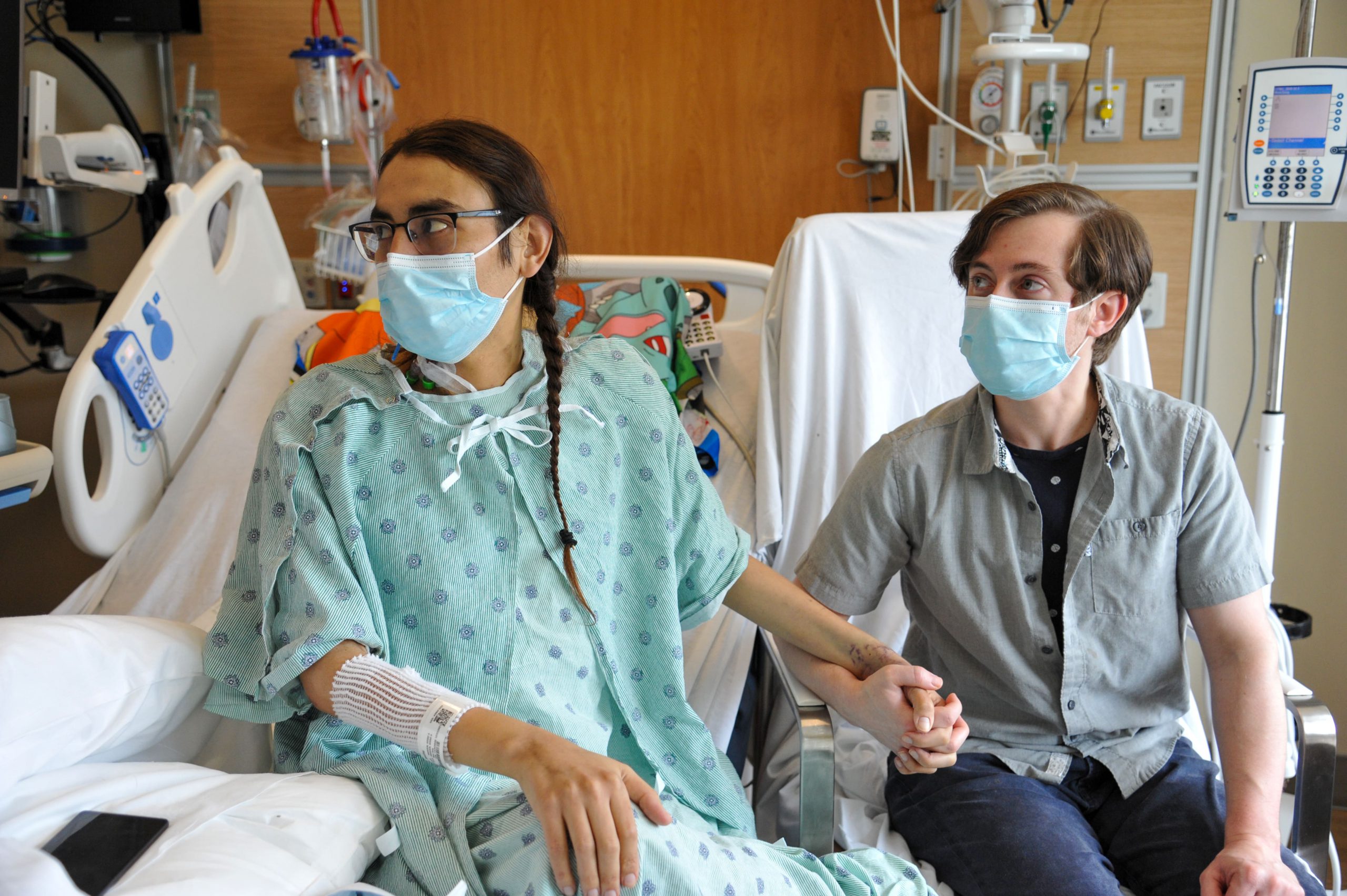 Bradley Ganoe says husband Alex Ganoe has been his rock during his liver transplant journey.

He was admitted to CPMC’s intensive care unit in the summer, where he was on a ventilator and received continual renal replacement therapy, a type of dialysis used for unstable patients in the ICU whose bodies cannot tolerate regular dialysis.

Ganoe also developed hepatic encephalopathy (damage to the brain or its structure) due to a buildup of ammonia in his brain resulting from his lack of liver function. This essentially rendered him in a pre-dementia cogitative state.

Ganoe further describes gaining 70-pounds of fluid and the yellowing of his skin. He says his eyes looked like someone colored them in with a yellow highlighter.

“Through some grit, luck and incredible help and support, I managed to stabilize,” he said.

With half a pancreas and in end-stage liver disease, Ganoe remained hopeful but says he had no alternative but to put his life and research career on hold as he awaited a new liver.

“In August 2020 I was giving presentation talks on my mathematical and physics work, but by August 2021 I couldn’t even read a clock,” Ganoe recalls.

Ganoe’s advanced organ therapy team at CPMC helped him get on the liver transplant list, while his husband, Alex, left his job to become Ganoe’s full-time caregiver.

A New Year & A New Organ

Ganoe’s second chance would arrive on the first day of 2022.

An hour before midnight, Ganoe got the call about a donor liver being available.

“I almost didn’t answer but when you’re on a transplant list, they tell you to pick up every single call,” Ganoe says. It’s a call that would change his life.

The Ganoes dashed into an Uber headed for CPMC while the rest of the West Coast was ringing in the New Year. Ganoe said he was excitedly repeating his mantra, “Liver time, liver time, liver time!” His hospital care team spent the early hours of the morning working him up so he could be ready for surgery, including taking a COVID-19 test.

Dr. Hassoun says that the portion of liver donated to Ganoe was the result of a procedure called split-liver transplantation, which benefits two recipients in need.

It works like this: During a split-liver transplant, a single deceased donor liver is divided (or graphed) into right and left portions that are implanted into two recipients. One portion, the smaller piece, is typically transplanted into a small person, such as a baby or child, while the other portion is transplanted into a larger child, teen or adult.

Dr. Hassoun explains that while they don’t know who the one-third liver went to, the two-thirds remaining section was an ideal fit for someone of Ganoe’s size and proportions. 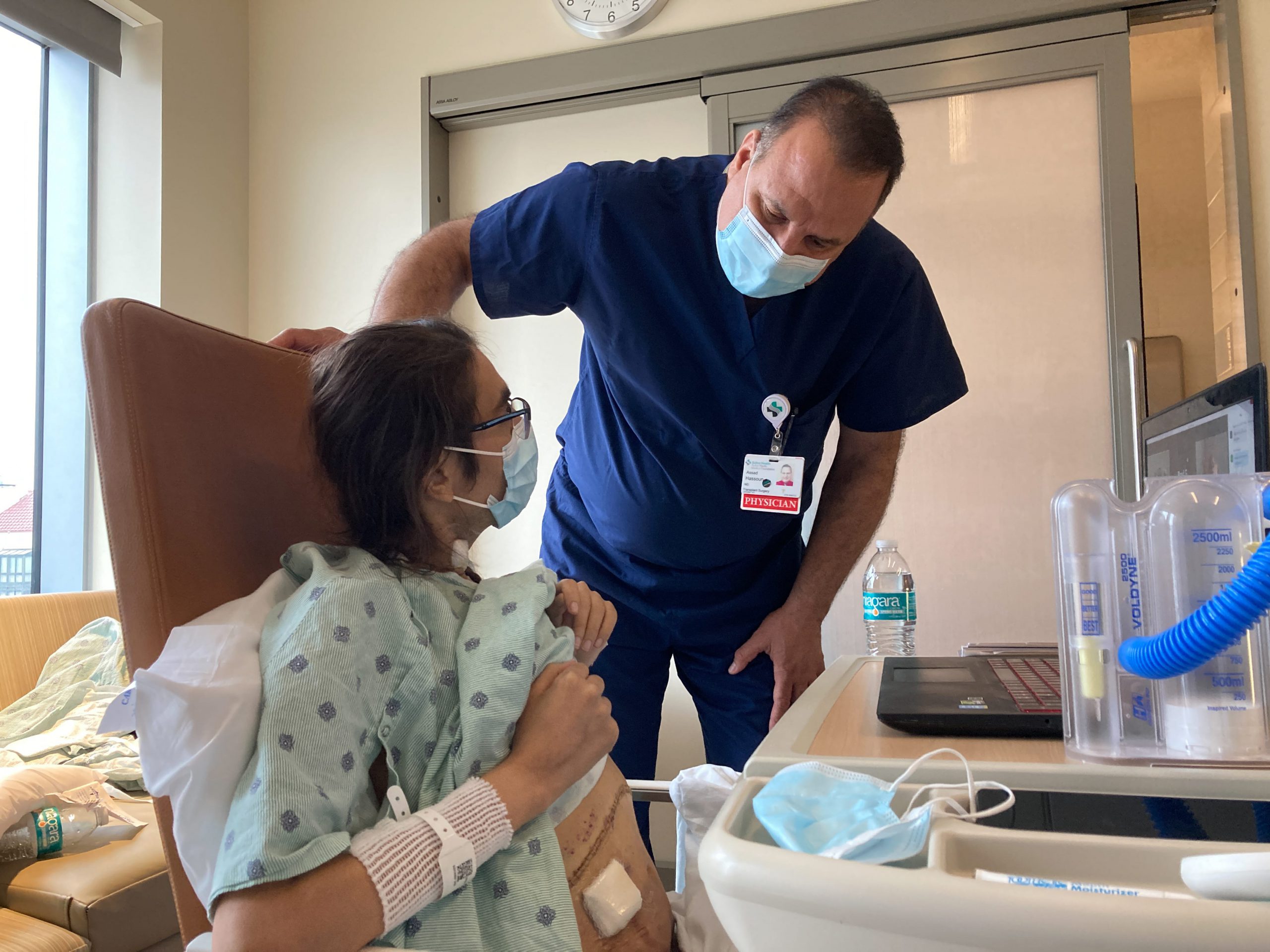 Dr. Assad Hassoun, a transplant surgery specialist at CPMC, examines Bradley Ganoe’s liver transplant stiches prior to his discharge from the hospital.

Julie Rosa, a staff nurse at CPMC and one of Ganoe’s nurses, has been caring for patients on the hospital’s medical/surgical unit for 34 years.

She estimates she’s cared for more than 1,000 transplant patients over the years.

“I started working at CPMC in 1988 when the hospital was only doing kidney transplants,” said Rosa.

“Bradley is something else,” she chuckles as she remarks on his speedy recovery, which she attributes to his lively spirit and young age.

In the early days of transplantations, Rosa explains that recipients would spend weeks in the hospital as they recovered.

Dr. Robert Osorio, chairman of CPMC’s advanced organ therapies and transplant department, says improvements in surgical techniques, plus new technologies and the medications available today, help patients like Ganoe heal faster and get back to their lives sooner.

Dr. Osorio says that reaching the 10,000-transplant milestone speaks to all the hard work by CPMC’s surgeons, physicians, nurses, coordinators, social workers and comprehensive multidisciplinary team. He says that most importantly, though, it means patients are able to get the life-saving organs they need and can move forward with their lives.

Now discharged and back at home, Ganoe remarked, “I’m so grateful.” 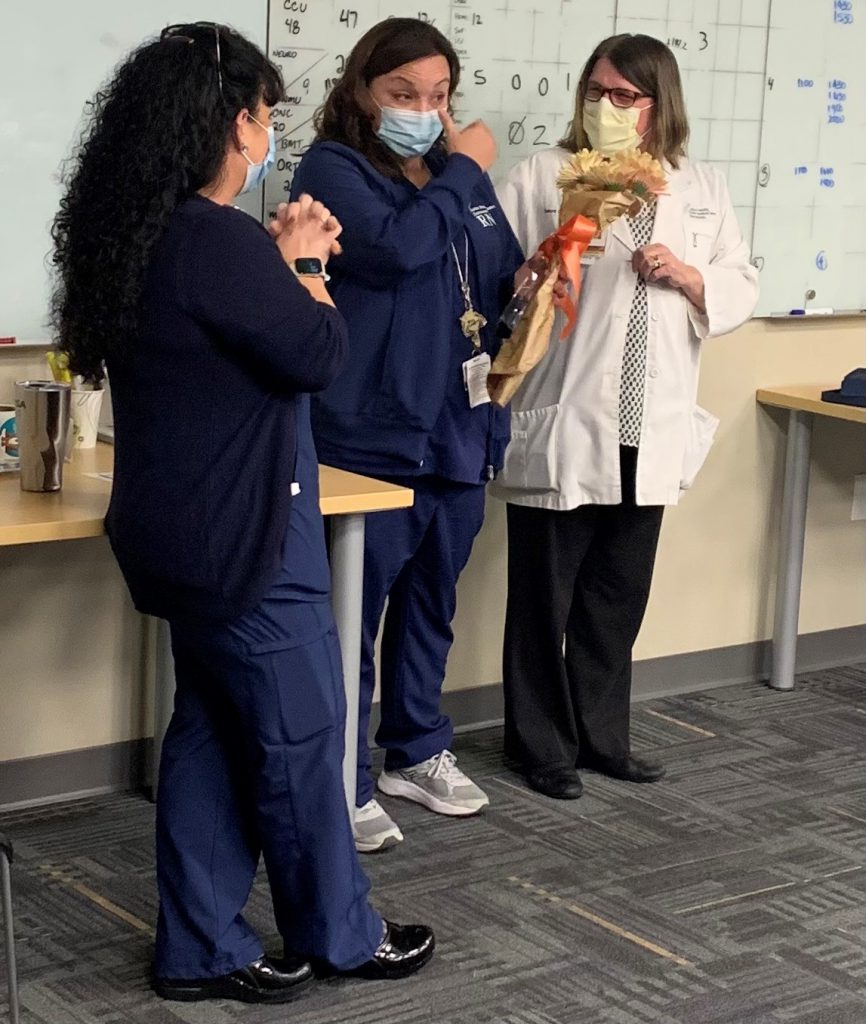 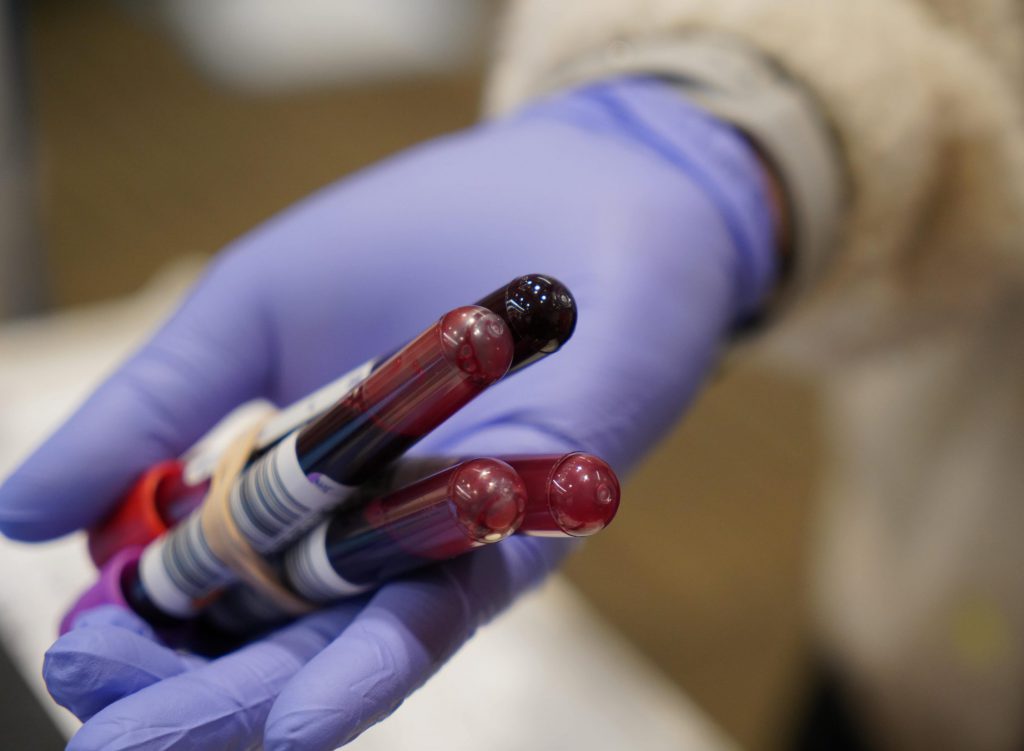 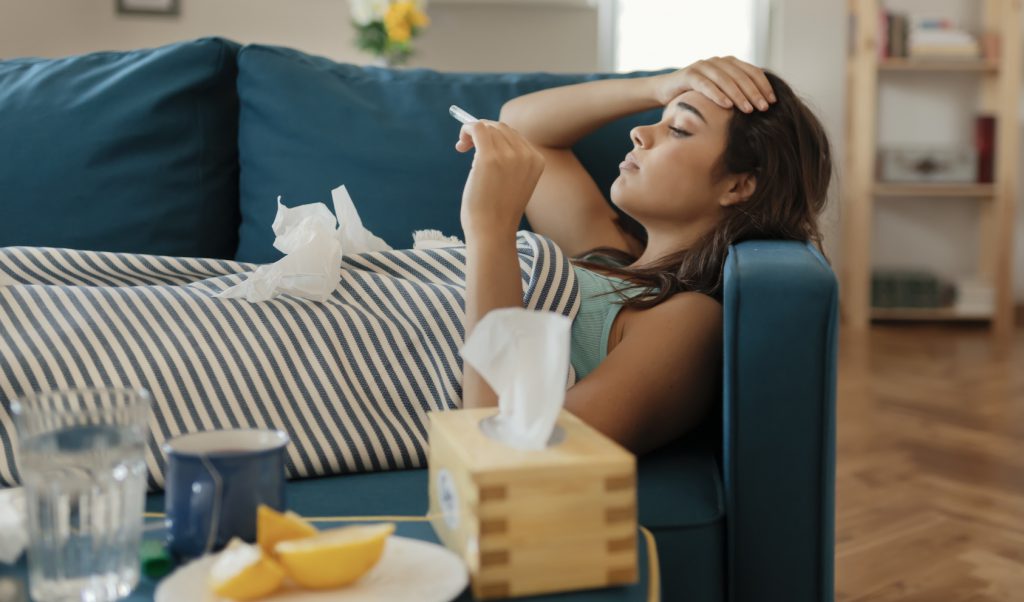 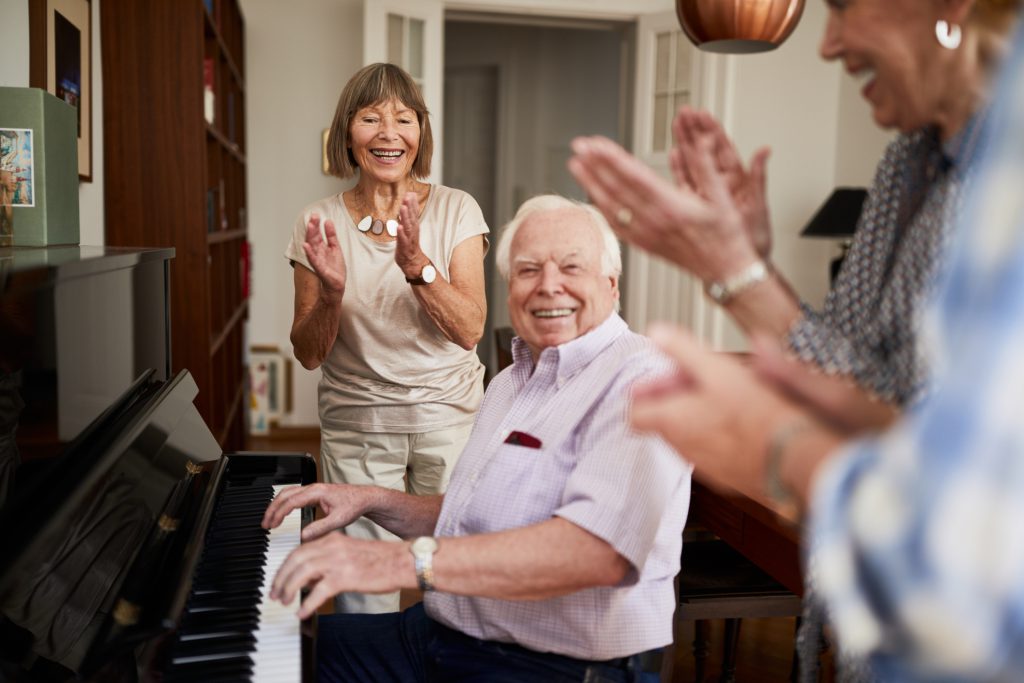 You can’t help but love Betty White and be inspired by the actress’ long and energetic life. America’s “Golden Girl” died on New Year’s Eve at age 99, just shy of her 100th birthday. “White was the picture of aging healthfully and gracefully,” said Dr. Steven...