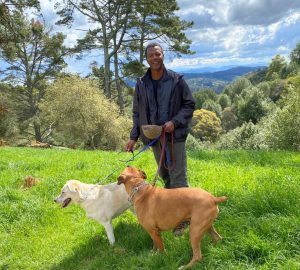 During the July 10 San Francisco Giants game at Oracle Park, Willie Ross, M.D., — whose son, Joe, pitches for the Washington Nationals — became a game day hero when he saved a woman who was choking on a hot dog.

After noticing that a woman in the lower level behind home plate was in distress, Dr. Ross went to her aid and used the Heimlich maneuver to restore her breathing.

“I saw her having some difficulties and I saw her companion helping her out,” Dr. Ross, an Oakland resident, told the San Francisco Chronicle. “Then I just started watching, making sure that she was OK, and I went over just to chat, and she couldn’t talk, she needed help. She had three pieces of hot dog lodged in her airway… The third piece was as big as my first knuckle.”

This hero of the ball game just happens to be a doctor and former chief of staff and department of pediatrics chair at Sutter’s Eden Medical Center in Castro Valley.

Now here’s where the story gets a really special twist: the unnamed woman he saved told Dr. Ross that she was a nurse of 53 years who had recently retired after many years of service at another Sutter hospital in the East Bay—Alta Bates Summit Medical Center!

Following the great save by Dr. Ross, the retired Sutter nurse was able to stay for the remainder of the game.

To see the story in the Chronicle, click here.