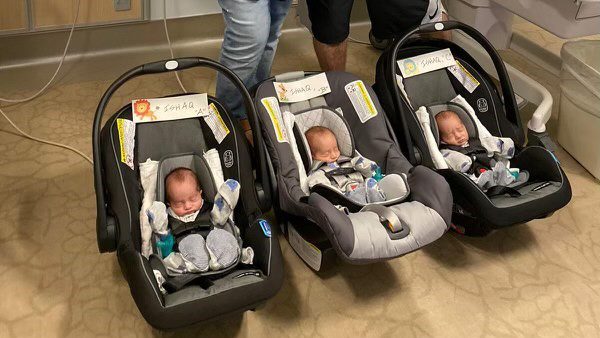 When Zarmina and Haris Anjum learned they would be having triplets this spring, one of the first things they did was buy an SUV.

“We planned for one, then it was twins, and then two weeks later it was three. It was wonderful and not at all expected,” said Haris. “We joked that we better hold off on having any more ultrasounds.”

Fast forward to this fall.

The Anjum’s were scheduled to deliver at a San Francisco hospital. When that facility experienced a staph outbreak, the family was transferred to nearby Sutter’s California Pacific Medical Center Van Ness campus hospital.

“We were met with such warmth,” said Haris. “It was reassuring to be cared for by such professional doctors and nurses. The facility was phenomenal, and we were relieved there were private NICU rooms.”

The Anjum triplets – Yahya, Yakub, and Yusuf – were born at 34 weeks via cesarean section.

“Delivering twins is already fun, but triplets—now that’s super fun,” said obstetrician Ruth Olweny, M.D. “We’re well equipped to handle multiple births at CPMC and having three providers on that night made Zarmina’s delivery seamless. The room setup was mostly the same, too, except that for triplets we have three isolettes on hand (a clear plastic enclosed crib that maintains a warm environment) as opposed to one or two.”

Obstetrician Izumi N. Cabrera, M.D., added, “When the family arrived at CPMC, Haris had a big box of supplies for cord blood banking.”

Cord blood is the blood from a baby that is left in the umbilical cord and placenta after birth. This blood contains special cells called hematopoietic stem cells that can be “banked” (stored) for later use by the individual and has been used to help treat certain diseases.

“Cord blood collection requires another step during delivery. When you consider that we were doing it for three babies, that means there’s even greater focus from the team. I was pleased we were able to capture the needed material from all three babies’ cords. We were basically a functioning assembly line as each baby was delivered,” said Dr. Cabrera.

• There’s often a family history of multiple births. The American College of Obstetricians and Gynecologist says that twins are the most common type of multiple births. Heredity on the mother’s side ups a couple’s odds of conceiving fraternal twins.

Settling in at Home

Born in early September, the Anjum triplets are getting stronger and gaining weight by the day.

“All three are wireless now,” chuckles Haris, referring to each baby no longer needing a feeding tube and now breathing room air.

As for what’s next, Zarmina and Haris are taking it one day at a time.

Haris says, “I have the honor of being their chauffeur and continuing to support my wife in her recovery. We’re looking forward to settling in at home and introducing our four-year-old son to his baby brothers. But first I have to conquer these car seats!” 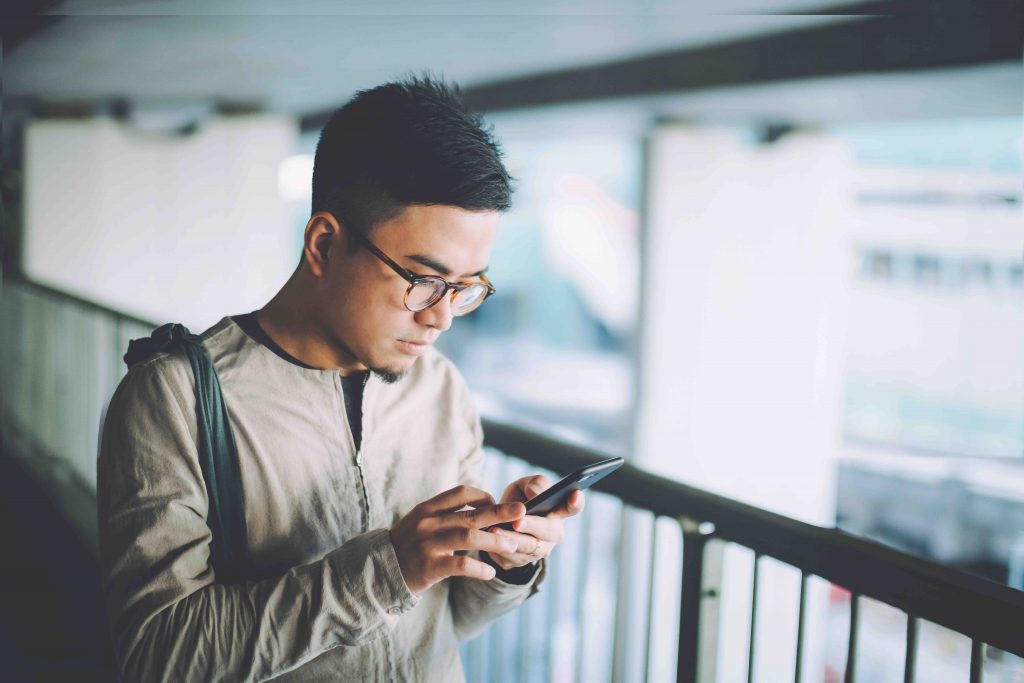 New Mental Health Tool Designed By and For Youth 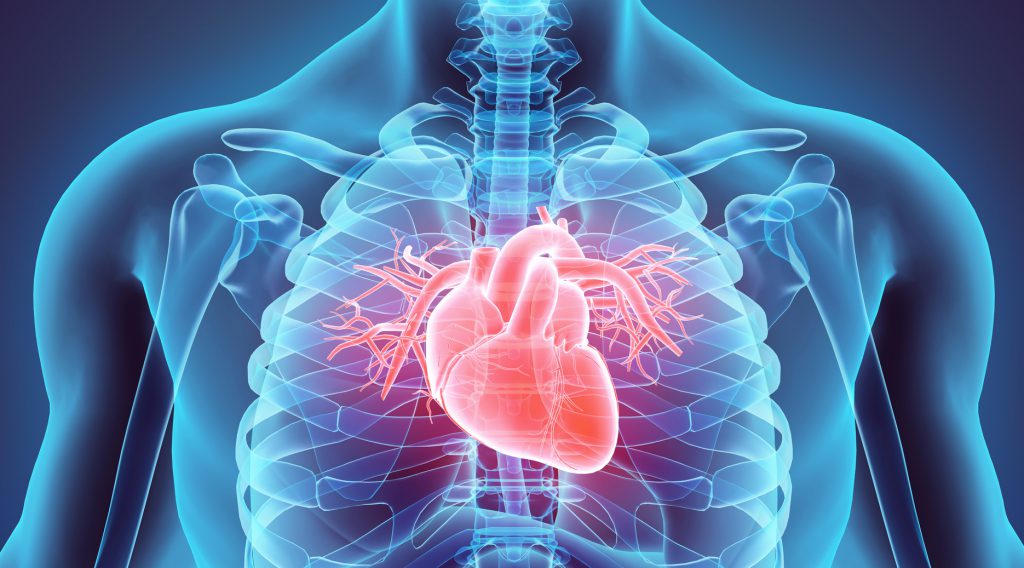 A 58-year-old San Francisco man whose failing heart is being kept beating by a mechanical pump known as a left ventricular assist device is thought to be the first LVAD patient in the world to have his mitral valve replaced without having open-heart surgery. The... 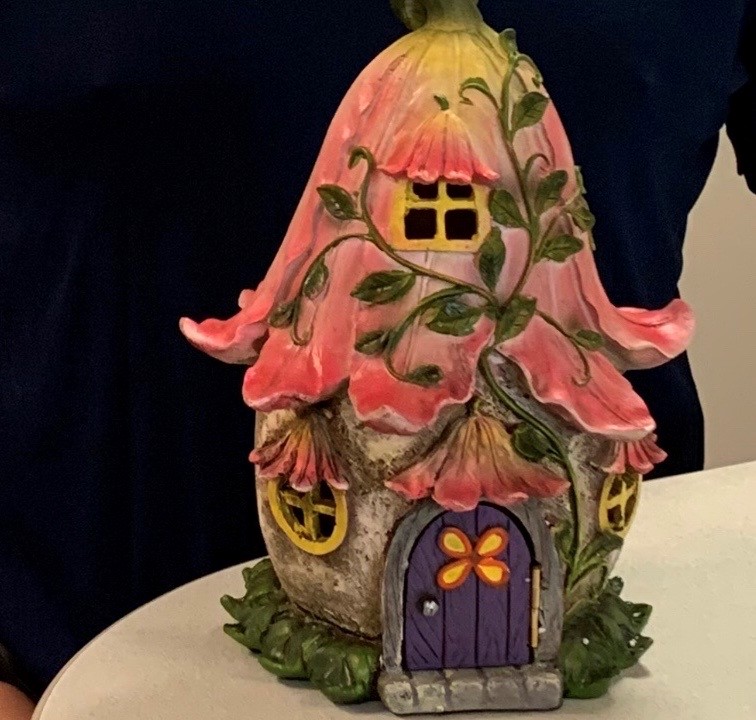 Experienced nurses know sometimes healthcare has less to do with medicine and more to do with caring and kindness. Recently, one radiation oncology nurse took special care of a young patient whose cancer had progressed and who was no longer a candidate for... 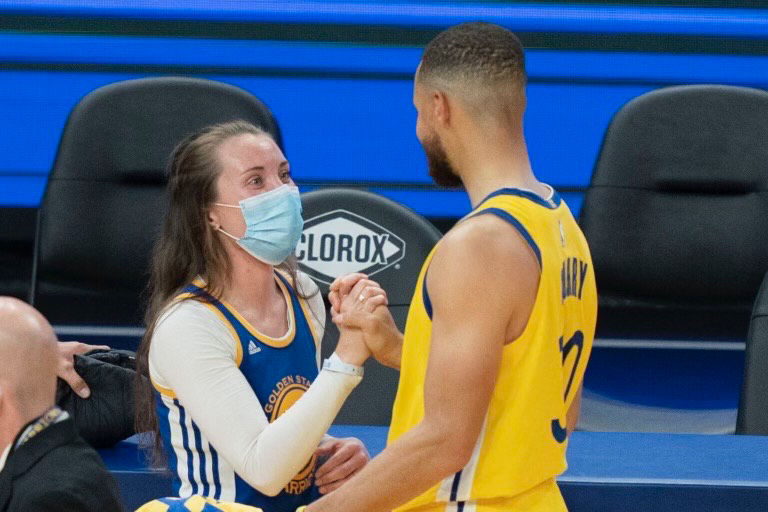 By Clayton Warren When Intensive Care Unit nurse Shelby Delaney shared a photo of herself one year ago wearing Stephen Curry’s Golden State Warriors jersey under her scrubs, she had no idea that she would become an inspiration to so many of her fellow co-workers as...