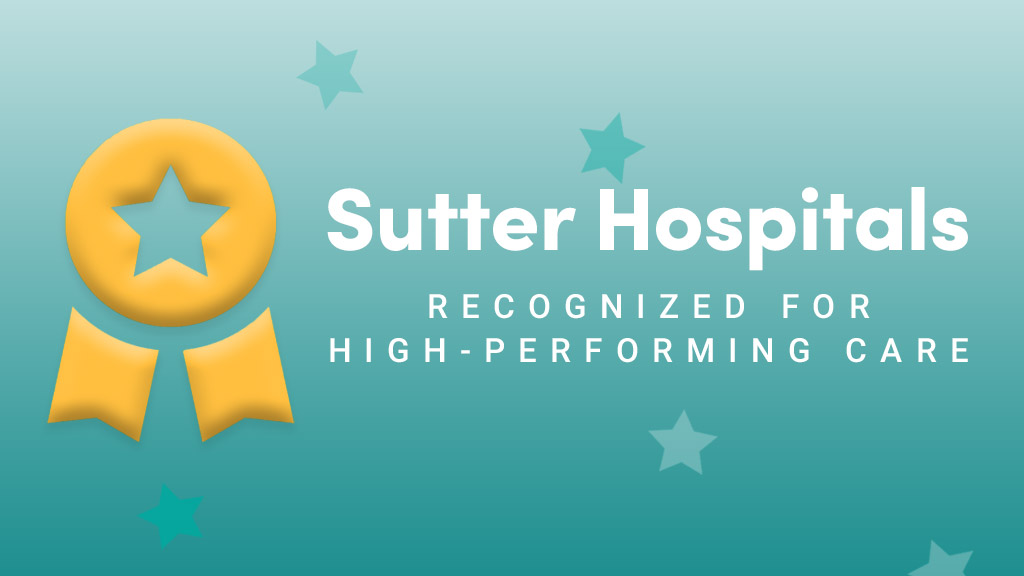 Brian White was building furniture at a Berkeley workshop one moment and was the subject of a frantic 911 call the next. Less than 30 minutes later, the stroke victim was being evaluated by a dedicated team at Alta Bates Summit Medical Center in Oakland—where he became the 100th patient to undergo a special procedure known as a thrombectomy, available at only a limited number of hospitals across the country.

Paul Bauer of Davis, Calif., was relaxing at home with his wife one day last spring when he suddenly fell, unable to speak. Recognizing the telltale sign of a facial droop, Mary Bauer called an ambulance to rush her husband to Sutter Davis Hospital—where he received a new drug known as TNK to dissolve the clot in his brain and help prevent permanent brain damage after his stroke.

Joe Soto was about to take his grandson home from Little League practice when his consciousness seemed to fade. His grandson called for help from his coaches, who summoned first responders. Diagnosing his stroke almost immediately, they transported him to Sutter Medical Center, Sacramento, a nationally recognized Advanced Comprehensive Stroke Center. He calls his grandson a hero; his care team calls Soto a miracle.

Stories like these abound across the Sutter Health integrated network of care in Northern California. It is one of the largest such systems in the region to have advanced stroke certification distinctions in multiple hospitals—large and small, urban and rural, from the Bay Area to the Sacramento Valley.

In fact, Sutter Medical Center, Sacramento—the hospital Soto credits with saving his life—was ranked among the best hospitals in California (42nd) and in the Sacramento metro area (4th), as well as among the best in the region, earning special “high performing” recognition in a total of eight categories. In addition to stroke, those include aortic valve surgery, heart bypass surgery, congestive heart failure, heart attack, hip replacement, hip fracture and prostate cancer surgery. State and metro area rankings reflect the highest performing hospitals in the area across multiple areas of care.

The U.S. News Procedures & Conditions methodology is based entirely on objective measures of quality such as survival rates, patient experience, and how successfully each hospital helps patients get back home.