Year of Goosebumps: Medical Marvels that Made Us Smile, Cry
Dec 21, 2022
Gary Zavoral 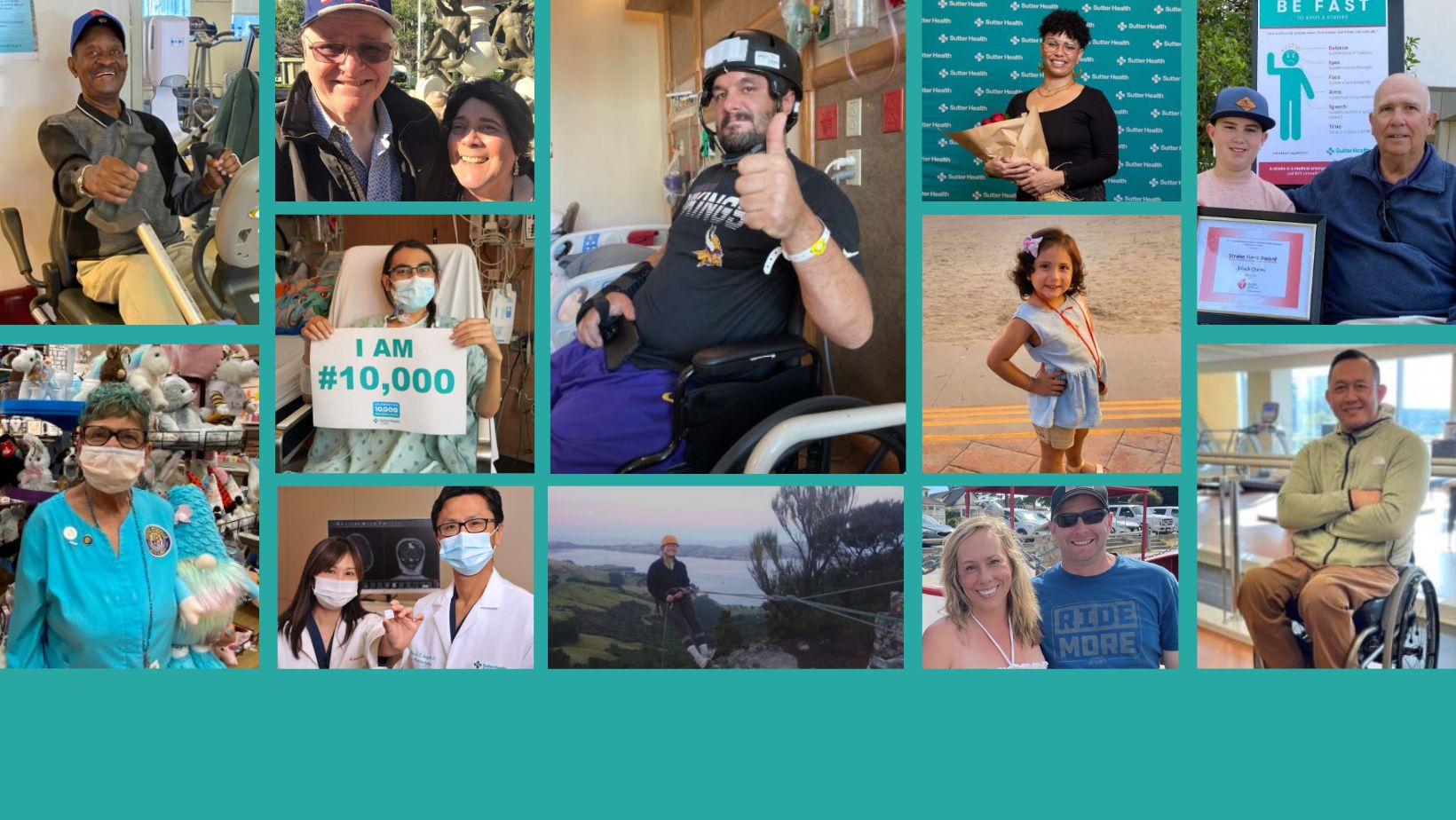 Because she has radioactive ‘seeds’ implanted in her brain, she doesn’t need ongoing radiation therapy.

They were two of California’s first COVID patients and lived to tell the tale.

His young grandson’s quick response saved him of any noticeable brain loss from a stroke.

He was attacked by a shark, but a nurse was right there to help save his life.

He was shot and bludgeoned in the head, but placed his wager on life … and won.

These are just a relative few of the stories that gave Vitals staff members and their readers goosebumps, made them smile, and even had them shed a tear or two. They’re stories about Northern California patients who faced incredible odds but survived. They all have some things in common: They are grateful for the care they received, and they are now living life to the fullest after what they describe as their “medical miracles.”

Here’s a dazzling dozen of these patient stories — one a month from 2022. You’ll want to have that tissue ready, just in case.

‘Seeds’ Planted in Her Brain Ward Off Radiation Treatments

Jane Finch Hall of Santa Rosa has penny-sized radioactive “seeds” implanted where a brain tumor used to reside. Now she can focus on healing.

From a COVID Cruise to Happy Sailings Ahead

It didn’t turn out to be a pleasure cruise, but rather the beginning of a road toward an amazing recovery for the Cannarozzos.

Gift Shop Dynamo Gives Back for Her Four Gifts of Life

Alyce Glazer is as tough as her painted nails as she volunteers at the hospital where she’s had two surgeries and cancer treatments.

No Signs of Stroke Thanks to ‘Hero,’ His Grandson

12-year-old Jakub Quinn was in the zone after baseball practice, immediately getting his grandfather help when he zoned out with a stroke.

Leonard Mercer, 65, is energized after cardiac surgery to continue working and living life to the fullest.

It was her 12th wedding anniversary, but Aimee Johns dived into nursing action when she heard cries from a man being attacked by a shark.

After Alleged Hate Attack, He Bet on Life … and Won

The first thing Travis Barber did after being discharged from acute rehab was play poker at a casino. He won. Just like he did after being shot multiple times and bludgeoned.

On the anniversary of his “rebirth,” Steve Lau explains how his paralysis helps him connect with the patients he serves.

Jazlyn is just 5 years old, but she wants to become a pediatrician. But first she needed to beat cancer.

We come full circle, as a liver transplant patient opened the new year, and another will be in the New Year’s Rose Parade as an ambassador for organ donations.

It’s been a year that saw many “medical marvels” in the lives of numerous Northern Californians. The Vitals staff looks forward to 2023, when many more success stories are waiting to be told. Let’s just hope there’s not a run on tissue at the supermarket.